The textbook, prepared by the State Council of Educational Research and Training (SCERT), is being used in state schools since 2016. 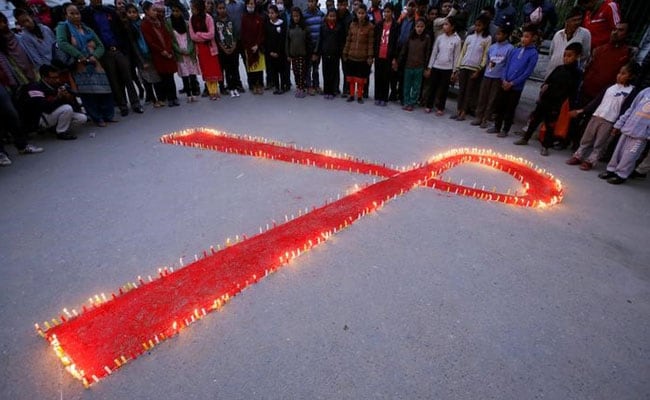 Kerala, which prides itself on a near-perfect literacy rate, has landed in a controversy after a school textbook was found to be spreading misinformation on sexual health education.

A 10th standard biology textbook under the state syllabus being taught in Kerala schools says that HIV or Human Immunodeficiency Viruses spreads through "pre-marital" or "extra-marital" sex.

In Chapter 4 titled "Keeping Diseases Away" of the textbook, it says that HIV can spread through sexual contact before marriage or even outside of marriage.

The chapter, however, rightly adds that the virus can also spread through "by sharing the needle and syringe used by AIDS patients", "through body fluids" and "from HIV-infected mother to foetus". 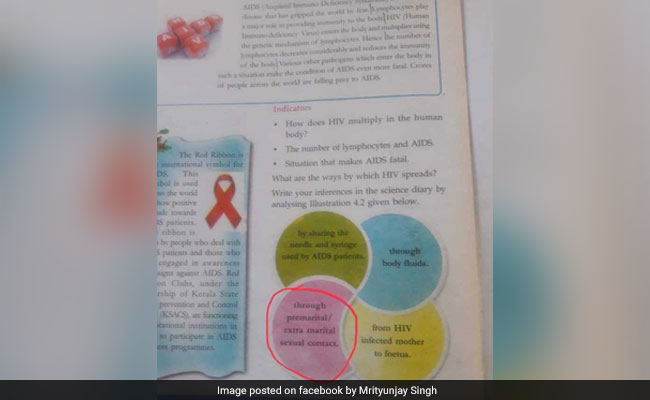 A snippet from the chapter of Kerala textbook.

HIV is a virus that attacks the immune cells. It is a lifelong infection which spreads through blood and body fluids. It also spreads through unprotected sexual contact with an infected person.

The book, prepared by the State Council of Educational Research and Training (SCERT), is being used in state schools since 2016.

However, no teacher or school authorities pointed out the blunder till some people uploaded the snippet from it on social media websites recently.

After the post went viral, SCERT director J Prasad said the printing of the new textbook for the academic year 2019-20 is complete and the mistake will not be added in the new edition.

"That textbook has been taught since 2016 and no one has pointed out the mistake so far. When it came to our notice, we took steps to exclude the portion in new textbooks which will be distributed to students soon," he said.

SCERT is concerned with the academic aspects of school education including formulation of curriculum, preparation of textbooks, teachers' handbooks and teacher training.