"The statement by the Governor is unfortunate. We didn't cross any constitutional limits," Kerala Speaker P Sree Rama Krishnan said. 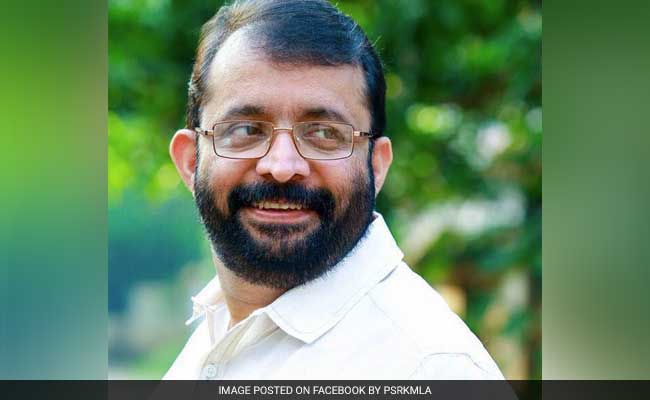 "We are not making any law against the parliament," he said.

Kerala Speaker P Sree Rama Krishnan today objected to Governor Arif Mohammed Khan's contention that the recent assembly resolution passed against the citizenship law is not valid in law or constitution. It was the amended version of the law, which was unconstitutional, he said, adding that the assembly not only had the right, but the duty to pass a resolution against it. Punjab Chief Minister Amarinder Singh, another critic of the law, has meanwhile written to Union Minister Ravi Shankar Prasad, pointing out that such a resolution "represents the will of the people" as it comes through their elected representatives.

"Let them show us the clause that says the state assembly can't pass resolution on this. I haven't seen this clause in the Indian constitution," he said. "We are not making any law against the parliament. We are just passing a resolution and sending it to the central Government. As a democratic country we have the right to express our feelings," he said.

On December 31, the Left-led state government and the Congress-led opposition had come together to pass a resolution against the Citizenship Amendment Act, which, critics say, provides for citizenship on the basis of religion and is skewed against Muslims.

The centre says the law is meant to speed-up the naturalization of six minorities (Muslims not among them) from three Muslim-majority countries of Pakistan, Bangladesh and Afghanistan, who sought refuge in India after being persecuted.

Two days later, Governor Arif Mohammed Khan said the resolution had no legal or constitutional validity and meant nothing since citizenship was a central subject. But he said despite his reservations, he had not objected. "I respect if some people are of the view and they are making a demand to the Central government -- there I have no problem," he said.

Amarinder Singh's letter to Ravi Shankar Prasad - who made points similar to the Governor - pointed out that the assembly had not passed any citizenship law. "In a federal structure such as ours, it is imperative that the Centre heed the voice of the people of our states. Laws are not to be forcibly imposed on citizens".

Kerala Chief Minister Pinarayi Vijayan today wrote to 11 Chief Ministers regarding the National Register of Citizens, informing them that it has decided to stop all activities regarding the population Register. Towards the end, the letter also referred to the state assembly's resolution on the Citizenship Amendment Act. "States which have the opinion that CAA should be repealed can also consider similar steps so that it will be an eye-opener to the proponents of the CAA and the NRC," the letter read.

Arvind Kejriwal, who had also received a copy of the letter, had a differing opinion.

Asked whether Delhi would follow Kerala's example during a townhall with NDTV, Mr Kejriwal said, "If I reject the bill in assembly, will it get stalled? The parliament has to reject it... It has to be rejected by the entire country and it has to be rejected in Parliament".