Eighteen people died in Kerala and more than 150 were injured. All survivors were admitted to various hospitals and were also tested for COVID-19.

When Flight IX-1344 went down at Kerala's Calicut International Airport on Friday, authorities and locals swerved into action to save as many lives as possible. NDTV has accessed a blow-by-blow account of what happened in the critical first five minutes from sources in the Central Industrial Security Force (CISF), which guards the country's airports.

At 7:40 pm when the Air India Express Boeing 737 aircraft from Dubai with 190 people skidded off the table-top runway in heavy rain and went down a 35-metre slope, the first call was made by an officer of the CISF, sources said.

Assistant Sub Inspector Ajith Singh who was present at crash gate number 08 sent the first walkie-talkie message to the CISF control room at 7:40 pm, seconds after seeing the plane go down, sources said. Crash gates at airport landing and take-off points are meant for emergency responses.

At 7:42 pm, the Airport Fire Station was alerted.

At 7:43 pm, the CISF called the Airport Health Department. 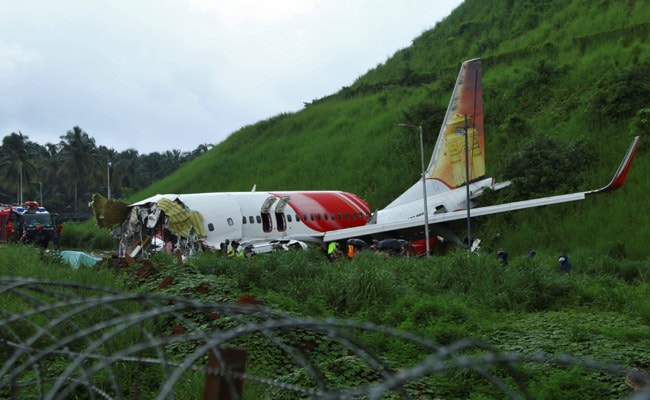 The Air India Express Boeing 737 broke into two peices after falling off the runway in Kerala's Kozhikode.

At 7:44 pm, the CISF control room contacted the terminal manager of the airport, airport director and made a second call to Airport Health.

Within five to seven minutes of the accident, residents in the area too had reached the crash gate near which the plane went down.

Seeing the number of passengers involved, the deputy commandant of Calicut International Airport allowed a restricted number of locals inside the crash gate to help with the rescue, a timely decision, said CISF sources.

Though it was India's worst passenger aircraft accident since 2010, the number of casualties was significantly lower than the one in Mangaluru when another Air India Express flight from Dubai overshot the table-top runway and slid down a hill, killing 158 people.

Eighteen people died in Kerala and more than 150 were injured. All survivors were admitted to various hospitals and were also tested for COVID-19, authorities have said.

"It (the plane) overshot the runway while trying to land amidst what were clearly inclement weather conditions prevailing at that time," Mr Puri told a news conference, adding that it would be premature to speculate on the precise cause of the accident.

He said authorities managed to rescue most of the passengers because the plane did not catch fire while descending the slope at the end of the runway.