"I have not decided to go to court with the voting machine issue so far. Will check what happened exactly," N Venugopal said. 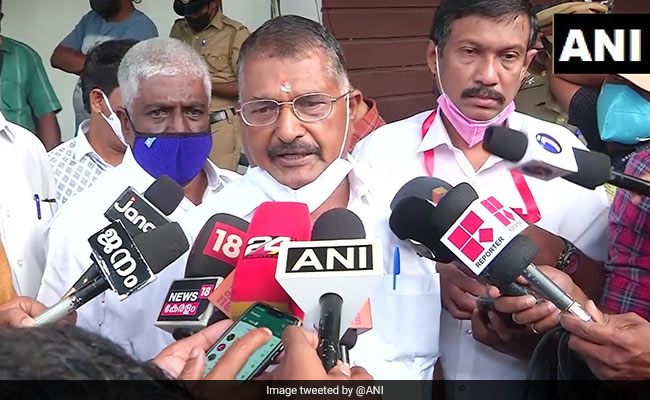 Kerala Local Body Poll Results: There was a problem with the voting machine, said N Venugopal.

Congress mayoral candidate N Venugopal has lost to the BJP candidate by one vote, in the Kochi Corporation North Island ward in the state's local body elections.

"It was a sure seat. I can't say what happened. There was no problem in the party. There was a problem with the voting machine. That may be the reason for BJP's victory," Mr Venugopal said.

"I have not decided to go to court with the voting machine issue so far. Will check what happened exactly," he added.

The counting of votes for local body polls in Kerala is underway at 244 counting centres across the state.

With all COVID-19 protocols in place, the counting of votes of Kerala local body elections started at 8 am on Wednesday. The final results are expected by 1 pm.

The district collectors of several districts of Kerala have imposed section 144 of CrPC on the basis of reports from concerned district police chiefs. The clashes between party workers were reported in many places of these districts during the election.