UN Secretary General referred to the Kerala floods, among other natural disasters across the world, to highlight the urgency of the climate crisis and the need to step up efforts to reverse course on climate change. 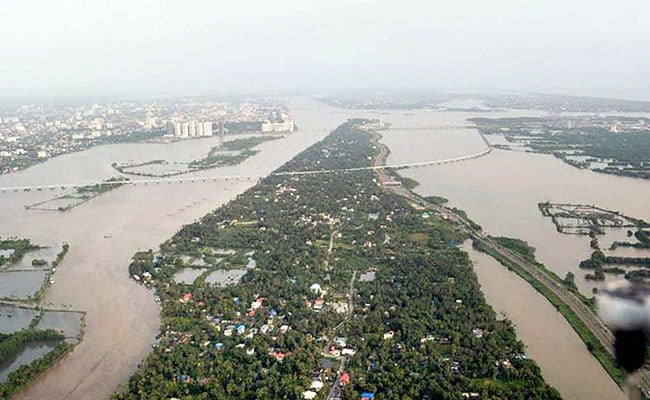 Citing the Kerala floods, the UN chief said, "Climate change is moving faster than we are"

For the second time in a month, UN chief Antonio Guteress has cited the recent devastating floods in Kerala to highlight the grave consequences of inaction over climate change.

Mr Guteress also referred to hurricane Maria that killed almost 3,000 people in Puerto Rico last year, making it one of the deadliest extreme weather disasters in the United States history.

"Climate change is the defining issue of our time - and we are at a defining moment. We face a direct existential threat. Climate change is moving faster than we are - and its speed has provoked a sonic boom SOS across our world," he said in a landmark speech on climate action at the United Nations on Monday.

UN Secretary General referred to the Kerala floods, among other natural disasters across the world, to highlight the urgency of the climate crisis and the need to step up efforts to reverse course on climate change.

"Extreme heatwaves, wildfires, storms and floods are leaving a trail of death and devastation. Last month the state of Kerala in India suffered its worst monsoon flooding in recent history, killing 400 people and driving one million more from their homes," he said.

On September 5 at the launch of the 2018 New Climate Economy report, Mr Guterres had also cited the Kerala deluge to seek action to prevent greater climate-related crises and warned that climate change was "running faster than we are".

"Let there be no doubt about the urgency of the crisis. We are experiencing record breaking temperatures around the world," he said, adding that according to the World Meteorological Organisation, the past two decades included 18 of the warmest years since 1850, when records began.

This year is shaping up to be the fourth hottest, he said.

Mr Guterres warned that the world risks crossing the point of no return on climate change with disastrous consequences for people across the planet and the natural systems that sustain them, calling for more leadership and greater ambition for climate action, to reverse course.

The pledge made by world leaders in the Paris Agreement three years ago to stop temperature rising by less than 2 degree Celsius and working to keep the increase as close as possible to 1.5 degree Celsius "were really the bare minimum to avoid the worst impacts of climate change", he said.

"The mountain in front of us is very high but it is not insurmountable. We know how to scale it," he added.

"Put simply, we need to put the brake on deadly greenhouse gas emissions and drive climate action," Mr Guterres said, calling for a shift away from the dependency on fossil fuels towards cleaner energy and away from deforestation to more efficient use of resources.

The UN chief said that such a shift in thinking is where "enormous benefits await humankind."

"I have heard the argument - usually from vested interests - that tackling climate change is expensive and could harm economic growth. This is hogwash. In fact, the opposite is true," he said.

In his message, Mr Guterres highlighted the huge economic costs of climate change and the opportunities presented by climate action.

"Climate action and socio-economic progress are mutually supportive, with gains of 26 trillion dollars predicted by 2030 compared with business as usual, if we pursue the right path," he said, citing the findings of the recent Climate Economy report from the Global Commission on the Economy and Climate Change.

Mr Guterres said climate-resilient water supply and sanitation could save the lives of more than 360,000 infants every year, clean air has vast benefits for public health and in China and the US, new renewable energy jobs now outstrip those created in the oil and gas industries, noting several examples from across the world of climate action resulting in enormous benefits for countries and communities.

Looking ahead, the UN chief emphasised that he would be reiterating this message at the General Assembly's high level segment later in the month as well as at other key events, including the G7 and G20 meetings of world leaders; and the World Bank and International Monetary Fund (IMF) meetings.