Over 10,000 People Along Periyar River Moved To Relief Camps In Kerala

Officials said 10,510 people have been provided shelter at 78 relief camps opened in Paravoor, Aluva, Kanayannur and Kunnathunad taluks in the district. 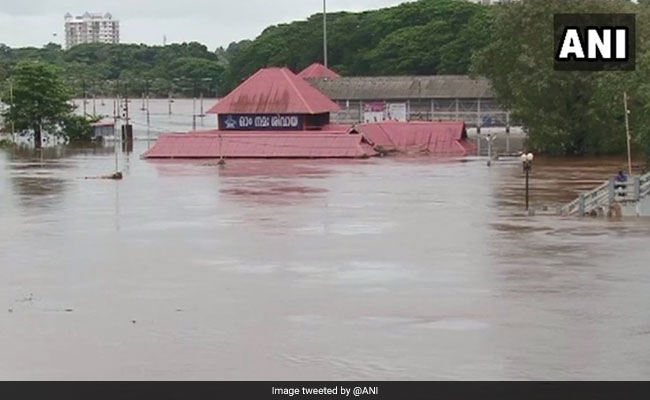 Security was tightened along the shore of the river for ensuring safety of the pilgrims. (File)

Over 10,000 people living on the banks of Periyar river and its tributaries have been shifted to 78 camps opened in Ernakulam district as part of measures taken by it to deal with the threats following release of water from two major dams.

Officials said 10,510 people have been provided shelter at 78 relief camps opened in Paravoor, Aluva, Kanayannur and Kunnathunad taluks in the district.

The district authorities said they have made all necessary preparations for providing food, drinking water and medical facilities to the people shifted in the camps.

Meanwhile, braving adverse weather conditions, thousands of pilgrims thronged on the bank of Periyar river in Aluva to perform 'Karkkidaka Vavu Bali' at a Lord Shiva temple known for the annual ritual.

The temple situated in the middle of the river remained submerged in gushing waters.

Ernakulam district administration officials said elaborate arrangements were made by the government and temple administration in the unaffected areas on the river bank for the people to perform the 'Vavu Bali', a ritual, performed for the departed souls of their ancestors.

Security was tightened along the shore of the river for ensuring safety of the pilgrims.

Coast Guard and the National Disaster Response Force (NDRF) have been deployed to ensure safety and security of the pilgrims.

Police and Fire and Rescue services personnel were also roped in to provide security.