The head of the institution 'Vandaneeya' Santosh Lobo told the parents that he was not aware of the development while adding that he has always welcomed 'Raksha Bandhan' as it is a good tradition. 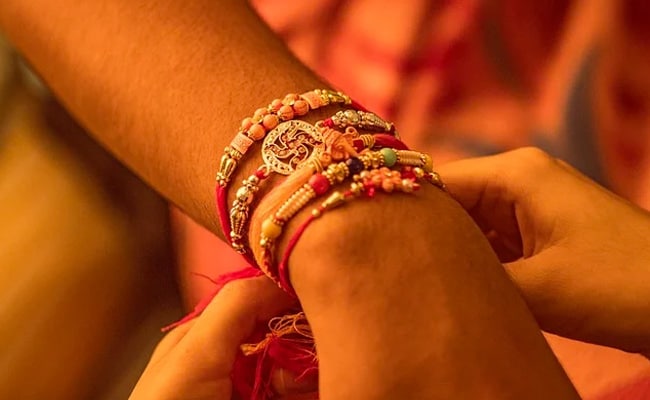 Some parents said what was the harm in allowing 'Raksha Bandhan'. (Representational)

A row broke out in a Christian missionary school in Mangaluru over alleged forcible removal of bands tied on some students' wrists and throwing them in the dustbin, Press Trust of India reported.

Following the alleged incident, some parents of the students along with a few Hindu activists reached the Infant Mary English Medium High School at Katipalla on Friday questioning the action. The police too reached there to calm the situation.

The angry parents sought to know what was the harm in allowing 'Raksha Bandhan' when the school had no objection to 'Friendship Day'.

The head of the institution 'Vandaneeya' Santosh Lobo told the parents that he was not aware of the development while adding that he has always welcomed 'Raksha Bandhan' as it is a good tradition.

"Raksha Bandhan is a good tradition. Hindu brethren used to tie bands on my wrist. I am new here. I came just two months ago. For six years, I used to get rakhi tied on my wrist in Kasaragod (in Kerala). We were happy with that. I request you not to misunderstand the situation," he said.

Mr Lobo told the parents and activists that Raksha Bandhan can be celebrated in his institution and no one can object to it. "I will call those children and tell them that there is no problem in tying rakhi," he said.

"Without bringing to my notice, an incident happened. At 9 pm (on Thursday), a police officer came and told me that one such incident had happened. I was surprised because we are a harmonious society and we do not tolerate hurting the religious sentiments of other faiths, and we should not encourage it," Mr Lobo said.