The state government has announced three-day mourning from December 29-31 in honour of the Pejavara Mutt seer. 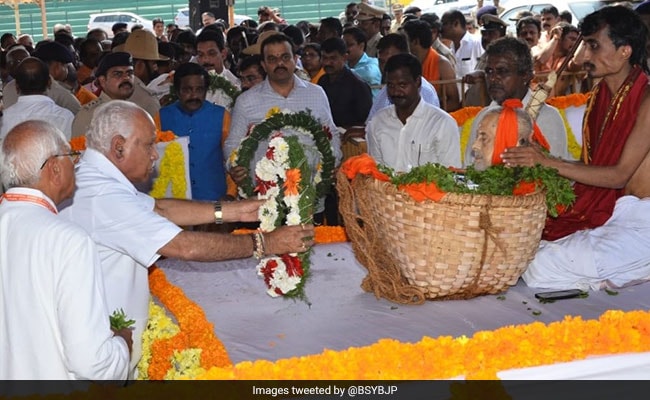 The body of Teertha Swami was taken to Basavanagudi in Bengaluru for the last rites. Followers will pay their final tributes to the seer here before the seer is cremated.

Meanwhile, the state government has announced three-day mourning from December 29-31 in honour of the Pejavara Mutt seer.

"Pejavara Mutt Seer Vishwesha Teertha Swamiji passed away at 9:30 am today. His mortal remains will be kept at Ajjarakadu Mahatma Gandhi Maidan for three hours today, where he will be given state honours. Chief Minister BS Yediyurappa will also pay a visit," Mr Bhat said while speaking to reporters here.

Pejavara Mutt Seer Vishwesha Teertha Swami passed away on Sunday. His demise was announced by Raghupati Bhat who stated that the revered saint breathed his last on Sunday morning.