Sri Lanka Blasts: Though Bengaluru was already on alert with extra vigil and more security for the April 18 Lok Sabha election in the state's central and southern regions, the city and state police are not taking chances. 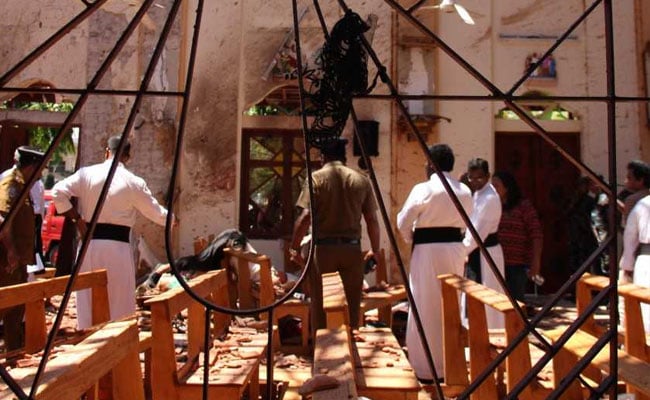 Bengaluru and Mysuru in southern Karnataka are on high alert with security tightened in the aftermath of the serial blasts in Sri Lanka on April 21, a top police official said on Friday.

Though the city was already on alert with extra vigil and more security for the April 18 Lok Sabha election in the state's central and southern regions, the city and state police are not taking chances.

A series of terror blasts struck churches and luxury hotels in Colombo, killing over 250 people.

"We have also directed hotels, pubs, restaurants, marriage halls, multi-complexes and supermarkets to step up their own security in and around their places with CCTV cameras, metal detectors and fire alarm," said Mr Kumar.

Bengaluru has been on general alert for years as India's tech hub with the presence of over 500 global IT firms, aerospace industries, Indian space agency ISRO, defence labs, Indian Institute of Science and state-run research and development institutes.

"We regularly receive alerts from the Union Home Ministry and intelligence agencies on possible terror attacks, as untoward incidents in Bengaluru draw global attention in view its reputation and prominence as the country's technology capital, aerospace hub and space city," said Mr Kumar.

As it is not possible for the police and state security agencies to look after everyone or every place in view of the city's size and its population (over 1 crore), Mr Kumar said citizens were equally responsible and have to work with the government to thwart any terror incident.

The city police held meetings with all stakeholders on Thursday to assess their preparedness for dealing with any unforeseen incident or attack.

"As a cosmopolitan city, Bengaluru attracts lots of people from all over the state and country for direct and indirect jobs, higher education, healthcare, services, manufacturing and tourism." said Mr Kumar.

The city police also detained several anti-social elements and mischief makers ahead of the assembly election to maintain law and order.

A suspected terror attack in December 2005 at the renowned Indian Institute of Science (IISc) claimed the life of professor and two persons were injured when an improvised device exploded at the cricket stadium in April 2010.

The police also beefed up security and patrolling in Mysuru, about 150 km from Bengaluru, as thousands of tourists from across India and abroad visit the city as tourists.