BJP state chief BS Yeddyurappa, however, has blamed chief minister Kumaraswamy for giving room to the demand for statehood for North Karnatka. He, however, did not support dividing Karnataka and said whatever shortcomings were there could be set right. 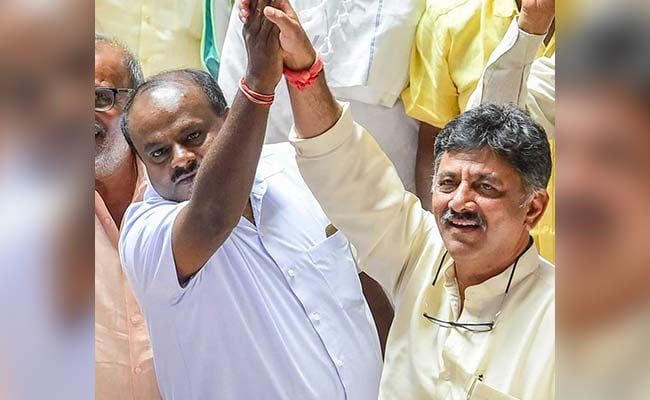 Congress' DK Shivakumar, who is in alliance with HD Kumaraswamy's party accused BJP of sponsoring bandh

Karnataka Water Resources Minister and senior Congress leader DK Shivakumar, on Wednesday, termed the call for Thursday's north Karnataka bandh as a "BJP sponsored" protest. He alleged that the BJP was backing various outfits demanding separate statehood for the region.

"Uttara Karnataka bandh is sponsored by BJP...where did the issue start? Who have spoken? They are the ones who are dividing the state," Mr Shivakumar alleged.

"At any cost this government and Congress party will take Akhanda Karnataka (United Karnataka) forward; we will not allow any injustice to happen to any part of this state...we will treat every one equally," he said.

A day-long bandh (shutdown) has been called in 13 districts of north Karnataka today, alleging discrimination by successive governments towards the region.

Representatives from the committee had met chief minister Kumaraswamy on Tuesday, who sought to mollify them by expressing his government's strong commitment for the region's development.

He also said the state government was considering shifting certain government offices to the 'Suvarna Vidhana Soudha' in the region, in an attempt to address alleged discrimination.

Following the meeting with Mr Kumaraswamy, Samiti president Somashekar Kotambari had on Tuesday said that a decision on continuing with the bandh (shutdown) would be taken only after discussion with other organisations that supported the bandh.

While some groups and organisations have said they will go ahead with the bandh, others have decided not to support it.

BJP state chief BS Yeddyurappa has blamed Mr Kumaraswamy for giving room to the demand for statehood for North Karnatka. He, however, did not support dividing Karnataka and said whatever shortcomings were there could be set right.