N Mahesh said that since he did not know anything about Twitter, he was unaware that Mayawati had directed him through her Tweet to support the Kumaraswamy government. 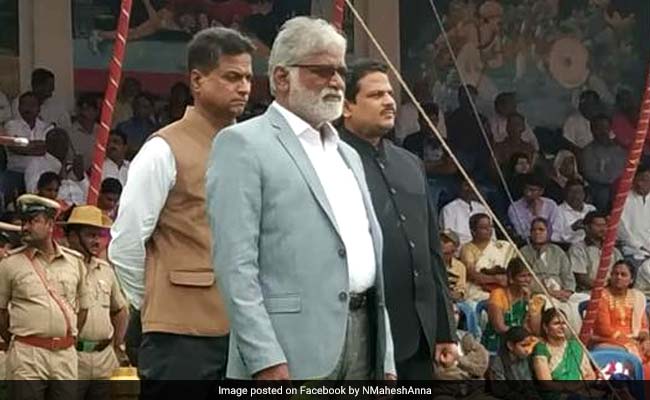 Expelled BSP MLA N Mahesh said Wednesday his expulsion from the party for abstaining from voting in favour of Chief Minister HD Kumaraswamy was an outcome of a "communication gap" between him and the party leadership because he does not know anything about Twitter.

Soon after the HD Kumaraswamy government lost the majority in the floor test in the assembly on Tuesday, BSP supremo Mayawati expelled him from the party.

"Our party MLA N Mahesh has violated the high command's direction to vote in favour of Kumaraswamy by abstaining from voting, which is indiscipline. The party has taken a very serious view of it and expelled him from the party with immediate effect," Mayawati had tweeted Tuesday.

She also condemned the way Kumaraswamy government was brought down saying that it will go down in the history of democracy as a "black mark" where the BJP used its money and power to pull down the government.

Defending himself, Mr Mahesh said, "Our party's Karnataka in-charge and Rajya Sabha member Ashok Siddharth had told me to remain neutral after talking to Behen Mayawati."

Since he did not know anything about Twitter, he was unaware that Mayawati had directed him through her Tweet to support the Kumaraswamy government.

"I don't know anything about Twitter or anything like that. Hence, I came to know (about expulsion) when I was on my way to Bengaluru.
My expulsion was due the communication gap. I feel that in the coming days, it will be rectified," he said at a press conference in Bengaluru.