The war of words between the JD(S)-Congress and the BJP continued as the two sides went into an overdrive to keep their flock together. 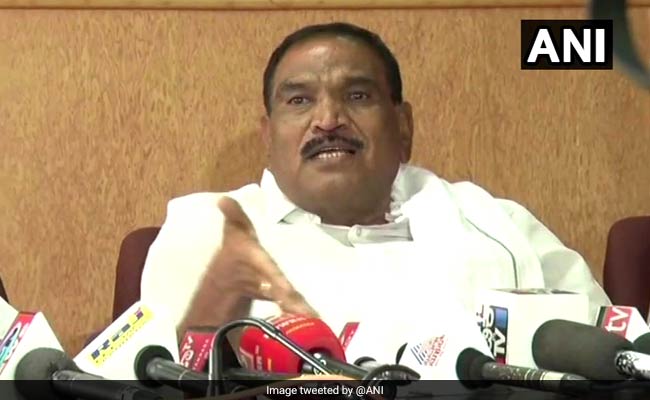 With the political turbulence at an all-time high in Karnataka and the ruling JD(S)-Congress coalition and the BJP accusing each other of trying to poach their lawmakers, a leader from HD Kumaraswamy's party claimed that the BJP allegedly offered Rs. 60 crore and the post of a minister post to a "one person from the JD(S)" who reportedly turned down the offer.

While addressing a press-conference in Hassan on Tuesday, KM Shivalinge Gowda said: "One person from the JD(S) has been offered Rs. 60 crore and a minister's post by former chief minister and BJP leader Jagadish Shettar. He refused the offer and informed Karnataka Chief Minister HD Kumaraswamy".

The war of words continued on Wednesday as the two sides went into an overdrive to keep their flock together. 100-odd BJP lawmakers are still kept at a luxury resort in Gurgaon near Delhi. Former chief minister and Karnataka BJP chief BS Yeddyurappa is likely to hold a meeting with the lawmakers at the Gurgaon resort and discuss the situation. Sources said the BJP lawmakers will stay put in Gurgaon till the party top leaders give the green signal to return home.

The Congress has called a meeting of its legislators on Friday to take stock of the situation.

The meeting assumes significance following attempts by the Congress to reach out to its disgruntled lawmakers. The party had said on Monday that five of its lawmakers appeared to be out of contact with their party. Mr Kumaraswamy then claimed they were in a Mumbai hotel and in touch with him. Two of the "missing" lawmakers are back.