New political turbulence in Karnataka has travelled from Bengaluru to Delhi as the BJP flew its 104 lawmakers to the capital and then a luxury resort in neighbouring Gurgaon, alleging that Chief Minister HD Kumaraswamy was trying to split its ranks.

"The Janata Dal Secular (JDS) wants to break BJP lawmakers. We are united. We will stay in Delhi for one or two days," said BJP leader and former chief minister BS Yeddyurappa, denying the Congress' counter-allegations that the opposition party is the one trying to form an "alternative government".

Nippani Shashikala Jolle, one of the Karnataka BJP legislators lodged at the ITC Grand Bharat, backed Mr Yeddyurappa's claim. "There are 104 BJP MLAs and we're together. We were called here (Gurugram) to strategise for the upcoming Lok Sabha elections. There are no talks of forming a government, but if there's anything, our leaders will tell you," she said.

The Congress says a group of "missing" lawmakers is proof that the BJP has launched "Operation Lotus". The term was first used in 2008, when the BJP was accused of inciting several opposition legislators to defect to ensure the stability of its government headed by Mr Yeddyurappa. 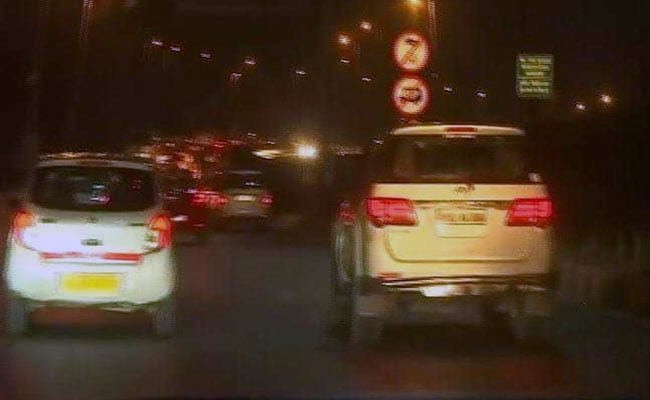 The BJP legislators were taken from the national capital to a resort in nearby Gurgaon.

Another BJP lawmaker, Poornima Srinivas, claimed that the alliance government was going to collapse on its own soon. "The JD(S) and the Congress both lacked the numbers needed to form the government, and so they formed an alliance. But there are fights between them now. We needn't intervene to bring about a premature end to their reign," she said.

In the 224-member Karnataka Assembly, the JDS-Congress combine has 118 lawmakers, more than the majority mark of 113. The BJP has 104 lawmakers and is far short of the required numbers.

But the Congress alleges that it is trying to muster up the numbers, which is the reason five of its lawmakers have gone missing. Mr Kumaraswamy claims they are in a Mumbai hotel and in touch with him. "All of them (Congress MLAs) are continuously in contact with me. They went to Mumbai after informing me. My government isn't under any threat," the Chief Minister said indignantly.

Mr Kumaraswamy, who took charge as chief minister in May after his Janata Dal Secular and the Congress formed an alliance, added: "I know who all the BJP is trying to contact and what they're offering. I can handle it."

His deputy G Parameshwara of the Congress echoed him: "Some of our MLAs have gone, they can go for temples, holiday, family outings, we don't know. All our MLAs are intact."

Among the "missing" lawmakers is Ramesh Jarakiholi, who was dropped recently by Mr Kumaraswamy in a cabinet shuffle. The others are Anand Singh, B Nagendra, Umesh Jadhav and BC Patil. JDS leader HD Deve Gowda said his son Kumaraswamy was running a stable government and would do so for a full five years, despite "gossip for the past seven months".

Even as the controversy raged on, Mr Kumaraswamy made a significant political appointment in the state administration. According to news agency ANI, V Muniyappa -- the Congress MLA from Sidlaghatta -- has been appointed as the political secretary to the chief minister.

Coronavirus: Karnataka Makes It Mandatory For All Hospitals To Display Bed Allocation Boards