Dinesh Gundu Rao replaces G Parameshwara, who has since become the deputy chief minister in the new coalition government. 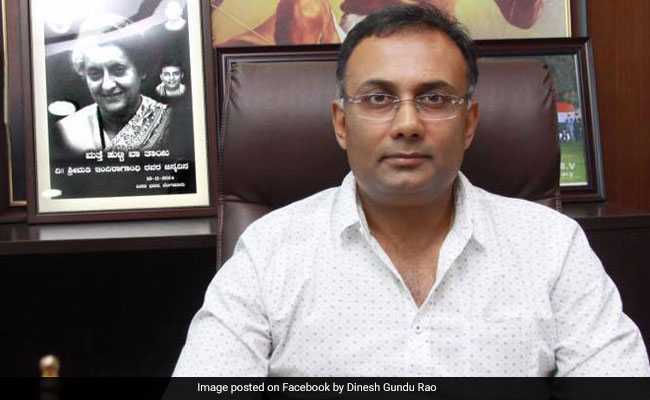 Dinesh Gundu Rao was earlier the working president of the Karnataka Congress under Parameshwara.

The Congress on Wednesday appointed Dinesh Gundu Rao as the chief of its Karnataka unit, replacing G Parameshwara, who has since become the deputy chief minister in the new coalition government in the state.

48-year-old Gundu Rao was earlier the working president of the Karnataka Congress under Parameshwara. The five-time MLA from the Gandhinagar constituency in Bengaluru was the food and civil supplies minister in the previous Congress government in the southern state.

All India Congress Committee (AICC) general secretary Ashok Gehlot made the announcements in a statement.

"The Congress party appreciates the hard work done by G Parameshwara, who successfully led the party for the last eight years and is stepping down from his responsibility," the statement added.

The changes in the Karnataka Congress were in the offing after the Congress-JD(S) coalition government was formed in the state in May.

The changes are also part of Gandhi's efforts to bring in a new team of young leaders to steer the party at the central and state levels.