CAA Protests in Mangaluru: Retired IAS officers and activists Harsh Mander and Kannan Gopinathan were among several eminent personalities who spoke at the event.

Visuals showed protesters traveling from Ullal to Adyar in Mangaluru

Indian flags fluttered in the air and loud slogans rang out as a large number of people perched on boats made their way to protest against the Citizenship Amendment Act in Karnataka's Mangaluru on Wednesday. According to the protest organisers, visuals showed protesters traveling from Ullal to Adyar in Mangaluru. More than 2 lakh people gathered at the venue to protest. Retired IAS officers and activists Harsh Mander and Kannan Gopinathan were among those who spoke at the event.

"Our message was clear. We are all against the CAA and believe it is against the Constitution. This does not involve only Muslims but concerns all communities. The protests was peaceful. All should remain peaceful," Mohammed Asif, a member of the protest's organising committee, told NDTV.

The organisers included the Muslim Central Committee of the region and groups from other religions as well.

Shops in the area owned by Muslims remained shut today afternoon, in a show of support for the protest.

The Dakshina Kannada (south Karnataka) coastal district has had a history of communal tension.

Last month, two people were killed in police firing during anti-Citizenship law protests in Mangaluru. The protest venue today saw the presence of a huge number of police personnel.

The event ended with the singing of the national anthem. 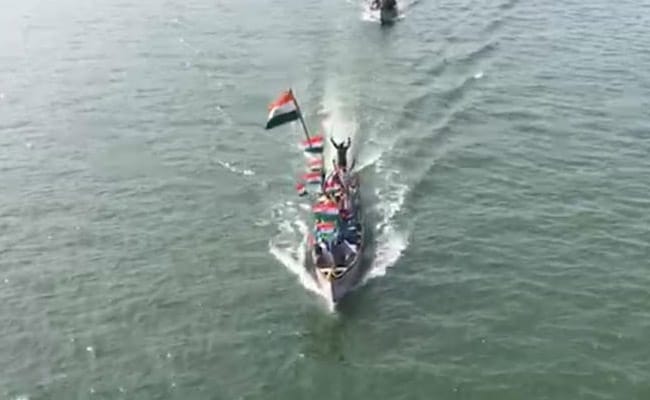 CAA Protest in Mangaluru: Countless Indian flags fluttered in the air as a large number of people perched on boats made their way to protest against the Citizenship Amendment Act in Karnataka's Mangaluru

The Citizenship Amendment Act makes religion a test of citizenship in India for the first time in the country's history.

The government says the act helps minorities from three Muslim-dominated countries get citizenship if they fled to India because of religious persecution before 2015. 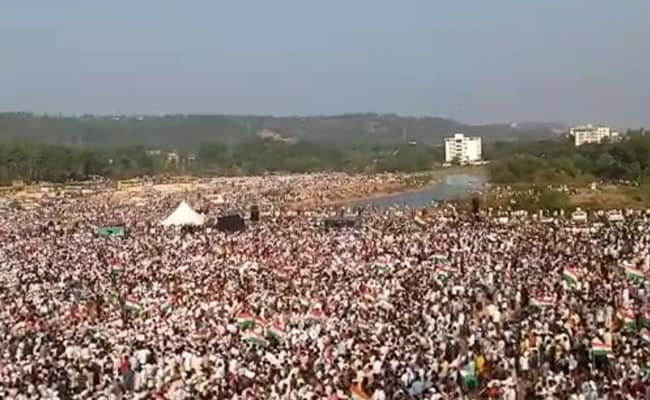 Critics say it is designed to discriminate against Muslims and violates the secular principles of the constitution.