The BJP saw an opportunity in the disgruntled lawmakers to topple the government, says Karnataka Deputy Chief Minister G Parameshwara. 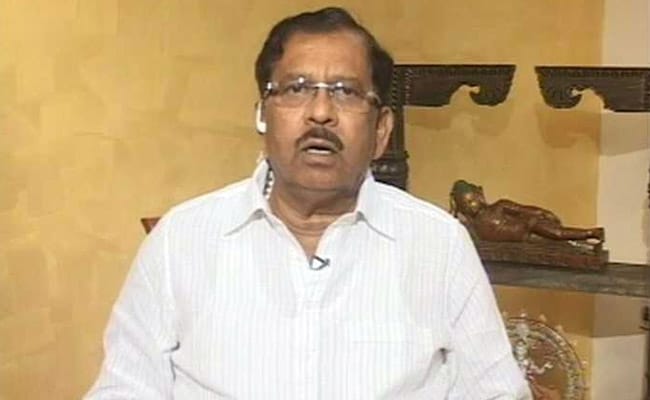 G Parameshwara says there is a bigger scheme in destabilising coalition government. (File)

Karnataka Deputy Chief Minister G Parameshwara today said the Bharatiya Janata Party (BJP) has a bigger plan behind the move "to topple" the coalition government in the state as it wants to show that any grand alliance against it at the Centre will meet the same fate.

The coalition government in Karnataka suffered the first major setback when two lawmakers, an independent and a member of the Karnataka Pragnyavantara Janata Paksha, on Tuesday withdrew support to the government.

"There is a bigger scheme in destabilising the coalition government in Karnataka because when we took oath, the oath ceremony was attended by most of the non-BJP friends and leaders. That was a kind of Mahagathbandhan (grand alliance)," Mr Parameshwara said.

He said the BJP "took the stand to pull down the government" despite knowing well that its attempt would fail.

The deputy chief minister said: "Now if these two parties are not successful, the alliance is not successful in Karnataka, the message would be that yes this (grand) alliance is going to fail. Maybe they (BJP) are trying to do that. This is another thing which we have been discussing."

On the alleged discontent in the Congress, Mr Parameshwara said whenever there is an expansion, some people aspiring for ministerial posts express their feelings in different ways when they don't get the opportunity.

"But after some time they will also understand that everybody cannot become minister. We also try to accommodate them in different ways," Mr Parameshwara said.

"The BJP saw an opportunity in the disgruntled lawmakers to topple the government," the deputy chief minister added.