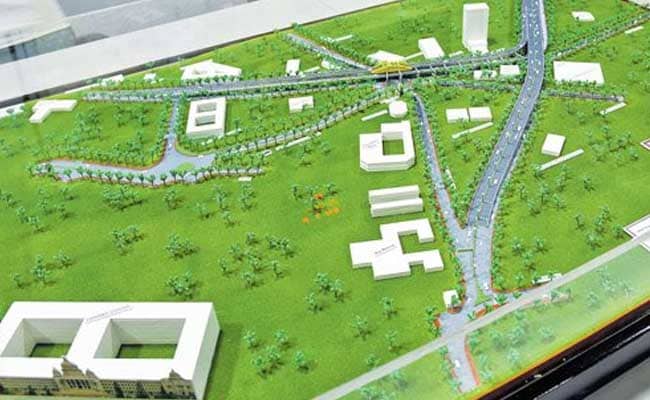 The steel bridge project will cost the city 1,800 crores and more than 800 trees

Bengaluru: The big steel bridge that Bengaluru does not want will be built,  Karnataka Chief Minister Siddaramaiah has insisted, unfazed by protests that have included thousands of people spending last Sunday forming human chains.

"The entire project is totally transparent," said Mr Siddaramaiah, claiming that "73 per cent of the suggestions we have received are in favour of construction of the steel bridge."

On Sunday, about 8000 people, including some prominent Bengaluru citizens like actor and film maker Prakash Belawadi, Rajya Sabha MP Rajeev Chandrashekhar and BJP spokesperson in Karnataka S Suresh Kumar, participated in the human chain protest in four parts of the city.

The protesters say the 1800-crore steel bridge project - aimed at making travel to the airport easier - betrays a lack of transparency and a larger mobility plan for an increasingly congested project.

They also fear that it will destroy heritage buildings in the city and have objected to the plan to cut down 812 trees to build it.

"The government too cares for the environment and is committed to protect it," said the chief minister, pointing out that the Bruhat Bengaluru Mahanagra Palike, the city's civic body, has been asked to plant 10 lakh trees to make up for the loss.

He explained that a delay in the project, proposed in 2010, had led to an escalation in cost, and denied the charge that the 6.72 km steel structure, to be built between Bengaluru's Basaveshwara circle and Hebbal, was sanctioned without public consultation.

"It has been put up on the website and the suggestion of the public has been received," said Mr Siddaramaiah, whose government has also published a detailed project plan that attempts to ally to people's fears and concerns said.

"The project cost is too high," said Prakash Belawadi, alleging that the state government is misusing tax payers' money to build the flyover when cheaper options are available.

The BJP's Suresh Kumar said his party supports the movement against the "needless flyover."

Promoted
Listen to the latest songs, only on JioSaavn.com
"The project's cost escalation clearly shows it was contractor-oriented and election-fund oriented," the BJP leader said.

JDS State President H D Kumaraswamy alleged that the project was being used to raise funds for the Congress for next year's Uttar Pradesh assembly election.