UPTET result: The Uttar Pradesh Exam Regulatory has released the UPTET result online today. The UPTET result was announced by the Authority earlier, however, the result link was activated on the official website of the exam which is being held as an eligibility test for recruitment of Primary and Upper Primary teachers in state-run schools, at updeled.gov.in. The Uttar Pradesh Exam Regulatory, which is the official agency in charge of conducting the Uttar Pradesh Teacher Eligibility TESt or UPTET, held the examination on January 8, 2020.

According to a statement from the Uttar Pradesh Exam Regulatory, the UPTET results will be available online at updeled.gov.in till March 6, 2020. 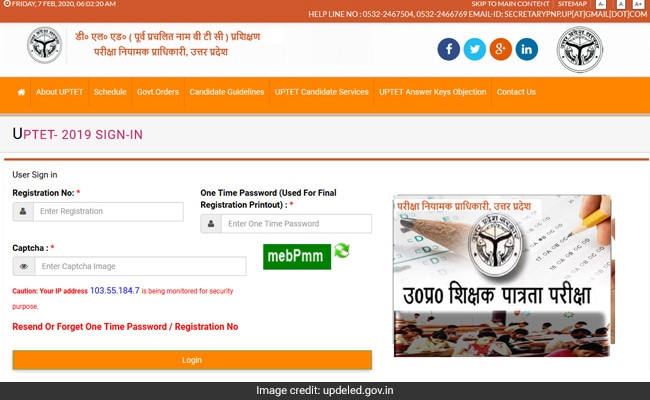 Download your UPTET results from the direct link provided here:

The official link, updeled.gov.in, which hosts the UPTET 2019 result, is not available now.

The result link has been activated on the website in the afternoon today (February 7, 2020).