UP Police admit card: The hall ticket is available on the candidate login link of the UPPRPB recruitment. 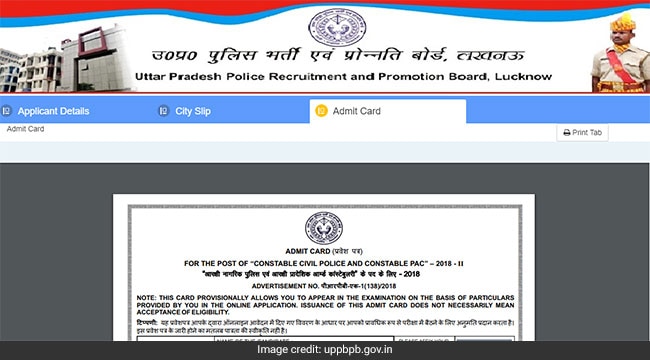 An official from the UP Police has also confirmed to NDTV that the Constable admit card is live now. NDTV has also verified the claim of the official with candidates who had successfully applied for the recruitment in December last year.

Candidates who are searching for the admit card may click on the link given here to download their admit cards:

Step Two : On the page open, enter your login id (application number) and password (your date of birth)

Step Three : On next page, click on the admit card link.

Step Four : Your UP Police Constable admit card will be shown there

Step Six : Get a print out of the pdf page downloaded.

The name of the city and centre of exam details of the UP Police recruitment exam has already been released online.

The written exam, for which the UP Police admit is expected, is the first stage in the selection process.