Teachers Reservation Bill Approved. 'Will Help In Filling Up Over 7,000 Vacancies', Says HRD

The passage of the Central Educational Institutions (Reservation in Teachers' Cadre) Bill 2019 will help in filling up the existing over 7,000 vacancies in the central universities, HRD minister Ramesh Pokhriyal 'Nishank' said. 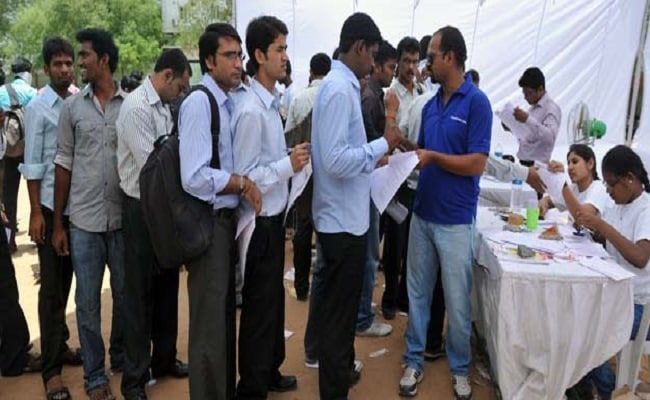 Mr Pokhriyal said the bill would give a major push to reforms in the education sector in the country.

Parliament Wednesday passed a bill to enable Universities or colleges to be considered as an unit instead of department while providing reservation for filling vacancies of teachers in central education institutes. The passage of the Central Educational Institutions (Reservation in Teachers' Cadre) Bill 2019 in Rajya Sabha will help in filling up the existing over 7,000 vacancies in the central universities, HRD minister Ramesh Pokhriyal 'Nishank' said.

The bill, which was cleared by the Lok Sabha on Monday, seeks to replace an ordinance issued in March this year. Replying to the debate, Mr Pokhriyal said the bill aims to provide for reservation of posts in appointments through direct recruitment of persons belonging to the SC, ST, Socially and Economically Backward Classes and Economically Weaker Sections (EWS) in teachers' cadre in 41 Central Education institutions.

He added there is provision of 10 per cent reservation for Economically Weaker Section (EWS) in this bill also and the government has already approved allocation of over Rs 770 crore for the same.

Mr Pokhriyal said the bill would give a major push to reforms in the education sector in the country.

"After the Court decision the government did not sit silent. We were constantly fighting to safeguard the interest of SC/STs. It was in that spirit that we brought in an ordinance on March 7," Mr Pokhriyal said.

The bill proposes to make universities the base unit rather than a department for providing reservation to teachers in universities.

It seeks to restore the earlier reservation system based on 200 point roster.

In March, the Cabinet had cleared an ordinance on reservation mechanism for appointment of faculties in universities.

Earlier, the University Grants Commission had announced in March, 2018 that an individual department should be considered as the base unit to calculate the number of teaching posts to be reserved for the SC and ST candidates, following an order by the Allahabad High Court in April 2017.

The Supreme Court had in February dismissed a review petition filed by the HRD ministry after its special leave petition against the court order was rejected by the apex court. This was met with protests from teachers and students across the country.