RRB has notified that the date, shift and city details of candidates whose RRB Group D exam details have not been released yet will be published from October 5 onwards.

RRB Group D Exam Date: RRBs or Railway Recruitment Boards have notified that the date, shift and city details of candidates whose RRB Group D exam details have not been released yet will be published from October 5 onwards. The exam city and date information is live for candidates scheduled from September 17, 2018 to October 16, 2018 now on RRB websites of various Boards like RRB Mumbai, RRB Chennai, RRB Chandigarh, RRB Bhopal and RRB Kolkata. Candidates whose RRB Group D examination are scheduled for next five days - including October 1 - may download their admit cards now.

According to a notification posted on the official website, for all remaining candidates the details will be live from October 5, 2018 onwards.

However, some candidates have claimed that they have received RRB Group D exam date, city and shift details for their exams scheduled after October 16, 2018. NDTV could not verify these claims. 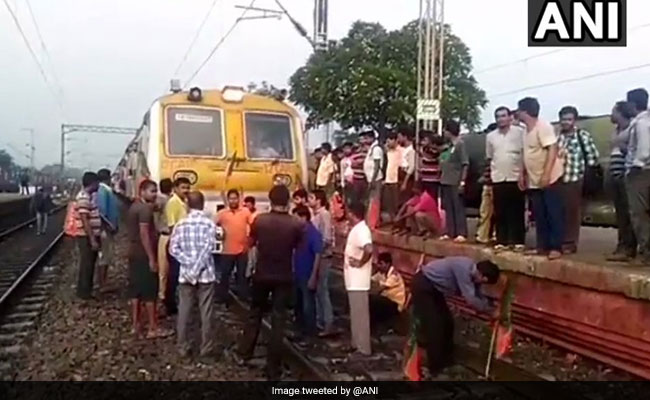 In another update from RRBs regarding RRB Group D exam date, the candidates whose exams were scheduled for appearing on CBT in West Bengal  on September 26, 2018 were informed that all the applicants who could not appear on that day due to the Bandh in the State, will given an opportunity to appear in the CBT after October 16, 2018.

"All the candidates who were scheduled to appear in the Computer Based Test(CBT) in West Bengal on 26-09-2018 but could not appear due to the Bandh in the State, shall be given an opportunity to appear in the CBT after 16-10-2018," said the RRB Group D notification.

The RRB notice said these candidates will be intimated about the rescheduled date and venue through website, e-mail and SMS.

RRBs also expected to release new dates for candidates who missed their exams due to adivasi agitation that started on September 24 in Odisha. RRBs had postponed the exams scheduled on September 25 in the state.

"Taking note of the report that candidates cannot appear for the scheduled Group D examinations in centres of Odisha today, the board has decided to postpone the exams in Odisha. The new dates will be released after October 16," an official from RRB told Indianexpress.com.