"Against Spirit Of Federalism": Kanimozhi On Bilingual IBPS Clerk Exam

On September 12, the bank exam conducting body, Institute of Banking Personnel Selection (IBPS), issued a notification saying the the online tests will be held in English and Hindi, only. 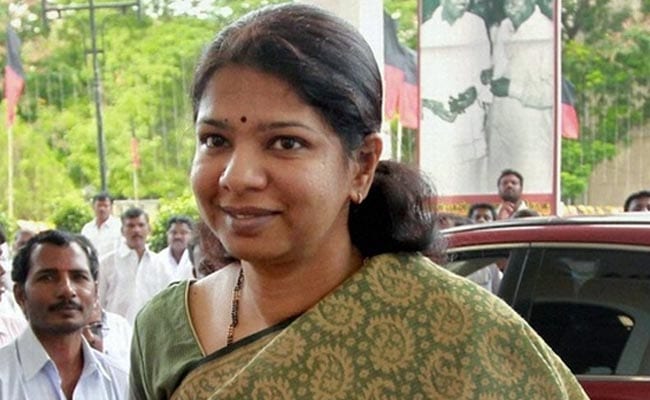 DMK leader Kanimozhi today weighed in on the debate on having Hindi as the common language.

DMK leader Kanimozhi today weighed in on the debate on having Hindi as the common language in India, saying that the move was "against the spirit of federalism."

In a strong response to this, Kanimozhi has tweeted that, "Conducting this bank exam (#IBPS CRP Clerk exam for nationalised banks) only in Hindi and English goes against the spirit of federalism."

In her tweet she has tagged the Finance Minister Nirmala Sitharaman and requested the union minister "to do the needful to conduct this exam in regional languages too."

Ms Kanimozhi's comment comes a day after the IBPS announced to conduct the recruitment exam for the grameen banks in regional languages.

An announcement on this decision was made by the Finance Minister on July 4. She had announced that recruitment exam for grameen banks or the regional rural banks will be held in 13 languages--Assamese, Bengali, Gujarati, Kannada, Konkani, Malayalam, Manipuri, Marathi, Odia, Punjabi, Tamil, Telugu and Urdu.

On Saturday, Home Minister Amit Shah's tweet suggesting at fulfilling the purpose of having Hindi as a national language was criticised by politicians in the southern states.

"The Home Minister's views threatening India's integrity are painful and condemnable. The DMK will not hesitate to unite states which stand to lose rights due to Hindi dominance," MK Stalin, who heads Kanimozhi's party, said.