"This Is India, Not Hindia": MK Stalin On Amit Shah's Hindi Diwas Tweet

Hindi Day: Earlier today Home Minister Amit Shah, on the occasion of Hindi Diwas, said that since Hindi is "the most widely-spoken and understood language" in the country it is the only language that can unite the nation 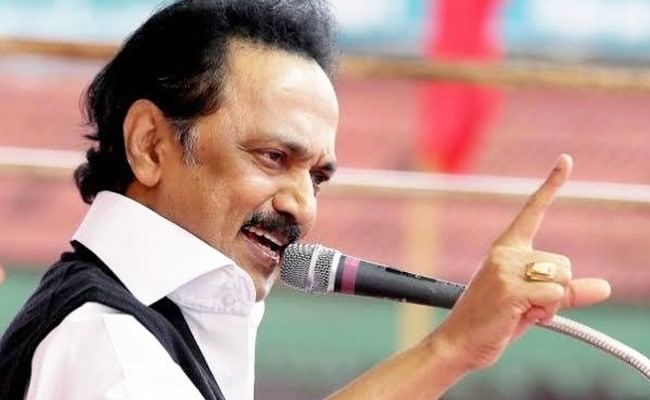 Tamil Nadu's Leader of Opposition MK Stalin has criticised Home Minister Amit Shah for his assertion that Hindi is "the one language marking (India's) identity globally", declaring "this is India, not Hindia". The DMK leader warned the centre of another "language war" unless Prime Minister Narendra Modi issued a clarification. "The Home Minister's views threatening India's integrity are painful and condemnable. The DMK will not hesitate to unite states which stand to lose rights due to Hindi dominance," MK Stalin said.

Earlier today Mr Shah, on the occasion of Hindi Diwas, said that since Hindi is "the most widely-spoken and understood language" in the country it was the only language that could unite the nation.

Controversy erupted in June after a draft version of the National Education Policy 2019 required school-going children in southern states to compulsorily learn Hindi. The DMK and Tamil Nadu's other political parties protested.

The ruling AIADMK an ally of the BJP too said it would stick to the two language formula. The centre quickly made a U turn and made study of Hindi optional.

Tamil Nadu has long opposed the imposition of Hindi in non-Hindi speaking states; the issue is an emotive one in the southern state, which saw anti-Hindi protests from 1937 to 1940 and in 1965.

The state received support from former Karnataka Chief Minister HD Kumaraswamy, who said no language should be imposed over another for any reason. Mr Kumaraswamy took to Twitter this time as well, asking if Kannada Language Day (which falls on November 1) would ever be celebrated by Hindi-speaking states.

"Most of us in the South learn Hindi as a second language but nobody in the North is learning Malayalam or Tamil," Mr Tharoor was quoted as saying by news agency ANI.

"In keeping with the principle of flexibility, students who wish to change one or more of the three languages they are studying may do so in Grade 6 or Grade 7, so long as they are able to still demonstrate proficiency in three languages...," the revised draft said.

The old version had said Hindi and English would continue to be among the three languages students would study in schools, be it in Hindi or non-Hindi speaking states.

Many also slammed the centre on social media calling the Home Minister's views as a deliberate mischief to divert attention from the huge flak the centre is drawing over issues of economic slowdown and job losses.