The Centre is ready with an ordinance which will restore the 200-point roster system which was followed for appointment of teachers in institution of higher learning. 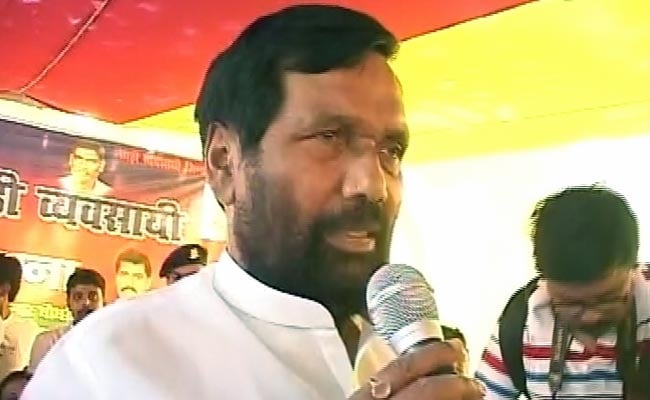 Following the rejection of its Special Leave Petition by Supreme Court, the Centre is ready with an ordinance which will restore the 200-point roster system which was followed for appointment of teachers in institution of higher learning. The ordinance will restore the old system and do away with the 13-point roster which had caused outrage from SC, ST, and OBC communities, informed Union Minister Ram Vilas Paswan.

After the ordinance is passed, University/ College will be taken as a unit while calculating the allocation of positions to various categories and instead of the department as a unit.

Central Govt to bring an ordinance to counter the judgement of SC on reservations in higher educational institutions.The ordinance will ensure that University/ College is taken as a unit while calculating the allocation of positions to various categories and not the department. pic.twitter.com/ahlFkbbL0n

The ordinance will be promulgated soon, said Mr. Paswan who blamed injunctions by the Supreme Court for the delay. The apex court had restrained the government from any measures until the Special Leave Petition filed by Centre was decided.

"The apex court came out with its judgement on our SLP challenging the 13-point roster towards the end of January. The government has since been busy with the crisis that has followed the Pulwama terror attack. But the ordinance is ready and it will be promulgated soon," Mr. Paswan told reporters.

The ordinance which will restore the 200-point roster system will not only benefit SC, ST, and OBC communities but will also benefit those from economically weaker sections in unreserved category. The Central government had recently announced 10 per cent EWS quota.

MHRD had also filed a review petition with the Supreme Court after it rejected its Special Leave Petition, meanwhile also preparing an ordinance. An MHRD official had earlier confirmed that an ordinance on 200-point roster system has been sent to Cabinet for approval.