The police have also lodged a cattle smuggling case against Umar Khan, and two other persons, Tahir Khan and Javed, officials said. 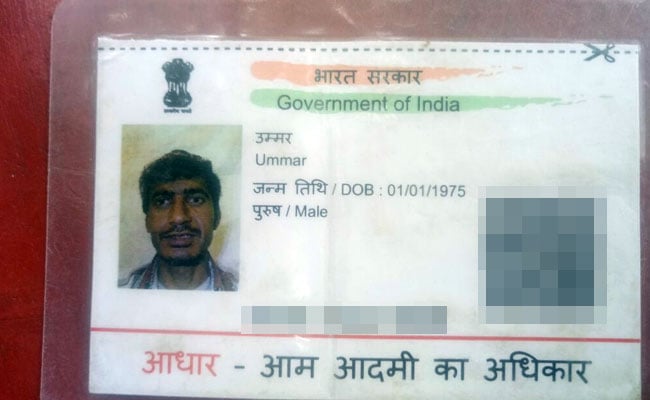 It is a murder case and we are working to arrest the accused, police said

The police have also lodged a cattle smuggling case against Umar Khan, and two other persons, Tahir Khan and Javed, officials said.

The two were being interrogated and a hunt is on for the other accused, he said.

Asked whether the accused were robbers or cow vigilantes, Mr Prakash said that there was "no term like cow vigilante" in police vocabulary.

It is a murder case and we are working to arrest the accused involved in the case, he said.

Umar Khan's body was found near railway tracks in Ramgarh on November 11, with his family members and activists alleging that he was shot dead by cow vigilantes when ferrying cattle in a vehicle the day before.

The incident, which came months after the lynching of dairy farmer Pehlu Khan by suspected cow vigilantes in Alwar, triggered an outrage.

The Alwar SP said that two cases were lodged in connection with the Umar Khan case. The first was lodged after the pick-up van with cattle was traced at Govindgarh.

"It was a clear case of cow smuggling and we lodged a case for the same," he said.

The second is a case of murder after Umar Khan's relatives lodged an FIR, he said.

The deceased's family members are camping in Jaipur after the body was referred to SMS Hospital  from Alwar.

"No one should die the way my nephew did. We have met senior police officials and will be meeting officials of the chief minister's office today to take up the case," Razzak Khan, uncle of Umar Khan said.

Promoted
Listen to the latest songs, only on JioSaavn.com
He said that Umar Khan's parents are elderly and could not come to Jaipur.The state government should compensate them with Rs 50 lakh and Rs 25 lakh should be given to the kin of Tahir Khan who sustained bullet injury on November 10 incident, Razzak Khan said.

He said Tahir Khan had informed that on their way back home they were attacked by six to eight people. The assailants opened fire in which Umar Khan was died and Tahir Khan sustained injuries, he added.