Aman Vyas was sentenced by UK's Croydon Crown Court, with a recommended minimum term behind bars of 37 years. 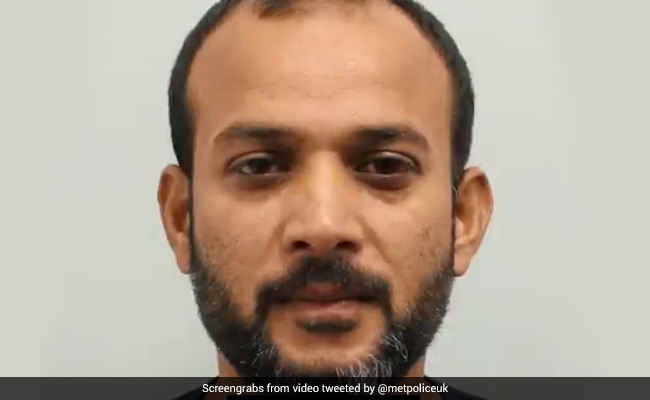 A 36-year-old man, who was extradited from India to the UK, was sentenced to life in prison in London today after he was found guilty of raping multiple women and a murder at a trial.

Aman Vyas was sentenced by UK's Croydon Crown Court, with a recommended minimum term behind bars of 37 years.

"We are pleased with today's sentence which reflects the gravity of Vyas's crimes. At last the victims and their families have seen the man responsible for such terrible crimes brought to justice. This is a long sentence that recognises the cruelty and depravity of Vyas's actions," Scotland Yard case officer Detective Sergeant Shaleena Sheikh said.

"Aman Vyas carried out horrific and violent attacks on three women which, tragically, culminated in the murder of Michelle Samaraweera. He then did all he could to evade responsibility for his crimes and fled to India. He added further distress to those he hurt by subjecting them to a trial. I would like to commend the dignity and bravery shown by his victims and their families throughout this process, which has lasted more than 10 years," Ms Sheikh said.

All sentences are to run concurrent with the sentence for murder.

Ms Samaraweera's sister Ann paid tribute to her late "thoughtful baby sister" and called on Aman Vyas to confess and be "truly sorry" for the pain he had inflicted on her and other families.

She said in a statement: "Aman Vyas has had over 11 years to come clean and admit to raping and murdering my sister, and even longer to admit to all the other heinous crimes committed against all the other innocent victims. He has also had all this time to reflect on his own life and address the issues that have turned him into the monster that he is but he didn't. Instead he has lied and fabricated stories for his own benefit. He will never understand what he put my mother, sisters, children, loved ones, friends and myself through," Ann said.

"Vyas potentially spending the rest of his life in prison is not a punishment but a privilege, it will never be enough," she said.

Aman Vyas had been found guilty last month after a trial at the Old Bailey Court in London and convicted of the rape and murder of Michelle Samaraweera and the rape of three other women.

The court heard that the offences took place at locations across Walthamstow in north east London between March 2009 and May 2009.

The court heard how his offence began when Aman Vyas was 24 years old. He would go out in the early hours of the morning looking for lone women to target and covered a relatively small area of Walthamstow, centred around Markhouse Road.

It was established in July 2009, a month after Ms Samaraweera's murder, that Vyas purchased a one-way ticket to India, leaving the same day.

A manhunt commenced to find and extradite him back to the UK.

In 2011, enquiries revealed at one stage that Vyas was in New Zealand, he then made his way to Singapore and the trail went cold.

The Metropolitan Police said that it was in July 2011 that they were informed by Indian authorities that they had arrested Aman Vyas, an Indian national, at New Delhi Airport in India as he tried to board an outbound flight.

Extradition proceedings commenced and in October 2019, Met officers escorted the defendant from Indira Gandhi National Airport in New Delhi to London's Heathrow where he was formally arrested and charged.

Met Police Detective Sheikh said: "Despite having DNA from the scenes of the crimes, Vyas was not on the database and this prompted a lengthy and complex investigation, which saw more than 1,100 DNA swabs taken and 1,815 addresses visited. We also issued more than 60,500 posters displaying an image of the suspect.

"The scale of this investigation has been remarkable and the case has lasted a decade, taking our enquiries to many different countries and resulting in a lengthy extradition process."

Vyas was found not guilty of only one count, that of possession of a bladed weapon.