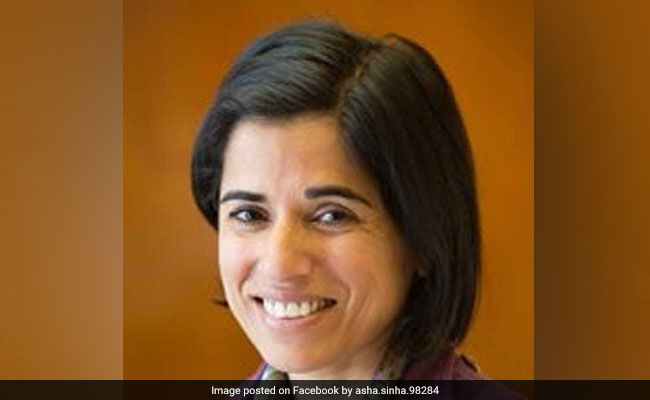 Seema Nanda said the Democratic party is synonymous with building a future for children.

Indian-American Seema Nanda, who took over as the CEO of the opposition Democratic National Committee, has vowed to fight for the "soul of the country" and ensure the victory of Democrats in every corner of the US in the crucial upcoming mid-term elections.

"We are fighting now for the soul of our country, for our democracy and for opportunity," Ms Nanda, the first Indian- American ever to be the Chief Executive Officer of either the Democratic National Committee or the Republican National Committee took over reigns of the main opposition party last week on July 23.

In this capacity, she is responsible for the day-to-day operations of the powerful Democratic National Committee (DNC).

She would play a key role in party's winning strategy in the mid-term November elections, for which the DNC has set a target of winning back the House of Representatives from the Republicans.

"Democrats are offering the positive solutions so desperately needed right now, solutions forged by the strength of our diversity, the rigour of our ideas, and the decency of our values," she said.

"Since (President Donald) Trump took office, it's been clear that the number one best way for us to set our country back on track is to elect Democrats in every corner of our country. That's why I took this job," Ms Nanda said in her first message to Democratic supporters.

Ms Nanda said supporting the Democratic party is synonymous with building a future for the children that they can be proud of.

"My promise to my two teenage boys is to do all I can to create an America that is bright, fair, and that works for everyone, where opportunity for all means something," she said.

"Our party is strong because it's built on forging positive solutions that include everyone. I'm proud to be the first Asian-American in recent memory to lead the DNC. Democrats are leading with our values and empowering people from diverse backgrounds to speak up and make our voices heard," Nanda said.

The fight to take back the country for working families is one that all must fight together, she said, adding "At the DNC, we have committed to helping Democrats win back seats at all levels of government, because we need Democrats from the school board to the Senate to take back our country".

Noting that everything is at stake with this year's midterm elections in November, Nanda said Democrats are investing in state parties, putting organisers on the ground in all 50 states, and mobilising 50 million voters by November through their nationwide 'I Will Vote' campaign.

"We're setting our sights and our goals higher than ever before in order to help Democratic leaders fight and win all across our country," Nanda said.

"As we head toward a crucial election, I'm one hundred percent certain that Seema's leadership will help the DNC capitalise on the unprecedented grassroots energy and enthusiasm surging throughout the country," DNC Chairman Tom Perez had said on her appointment last month.

Ms Nanda's appointment is seen as another sign of the political emergence of Indian-American in particular women in the country's political arena.

Nanda, whose parents are dentists, grew up in Connecticut. She went to the Brown University and Boston College Law School.

She also has a background in labour and employment law, and has worked in the Civil Rights Division of the Department of Justice.