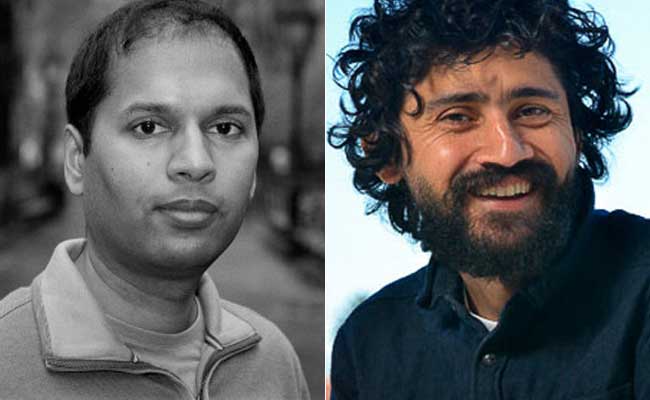 Mr Subhash Khot and Mr Manu Prakash are alumunus of Indian Institiute of Technology in Bombay and Kanpur.

WASHINGTON: Two Indian-American scientists are among 23 scientists who have won this year's prestigious MacArthur Fellowship for showing exceptional creativity in their respective fields.

The Indian-Americans -- Mr Manu Prakash and Mr Subhash Khot are alumunus of Indian Institiute of Technology (IIT) in Kanpur and Bombay respectively.

Mr Prakash works as an Assistant Professor in Department of Bioengineering at the Stanford University, while Mr Khot is a theoretical computer scientist at the New York University. The MacArthur fellowships, popularly known as "genius grants," are awarded to scholars who show exceptional creativity in their work and the prospect for still more in the future.

It includes a stipend of USD 625,000, given over five years, designed to provide the recipients the flexibility to pursue their activities in absence of specific obligations.

The MacArthur Foundation recognised Mr Prakash for his research that is "driven by curiosity about the diversity of life forms on our planet and how they work, empathy for problems in resource-poor settings, and a deep interest in democratizing the experience and joy of science globally."

"Mr Manu Prakash is not only one of the most innovative scientists of our day, he is also using his interdisciplinary expertise to improve human health around the world," Stanford President Marc Tessier-Lavigne said.

It is fitting that his creative approach to applying scientific principles has been recognized as true genius by the MacArthur Foundation, Lavigne said.

The Stanford University, in a release said many of Mr Prakash's ideas come from his travels and from his childhood growing up in India.

"Being in the field gives meaning to working in global health. It teaches you empathy, a driving force so strong that it transforms ideas into actions," Mr Prakash said.

Mr Khot is a theoretical computer scientist whose work is provides critical insight into unresolved problems in the field of computational complexity.

His continued ingenuity and tenacity in exploring the potential of the UGC will drive this important and fruitful area of research for many years to come, the MacArthur Foundation said in a statement.

Mr Khot received a B.Tech (1999) from the Indian Institute of Technology, Bombay, and a PhD (2003) from Princeton University.

Sri Lankan-American Ahilan Arulanantham is the third South Asian to bag this prestigious award. He is an attorney working to secure the right to due process for individuals facing deportation.

Through advocacy and successful litigation of a series of landmark cases, Arulanantham has expanded immigrant detainees' access to legal representation and limited the government's power to detain them indefinitely, the Foundation said.

In an interview, Arulanantham said he would donate his USD 625,000 prize for the welfare immigrant children.
Comments
Macarthur FellowshipManu PrakashSubhash Khot