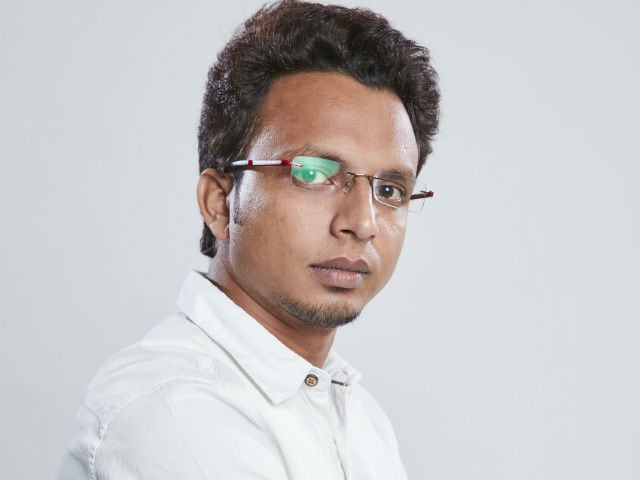 Mumbai: Navin Prakash's Bigg Bossjourney has come to an end. He had entered the tenth season of the show with an agenda to prove that a common man is no less than a celebrity.

Sharing his experience of being on the show, Navin said in a statement: "Getting an opportunity to be on a show like Bigg Boss itself is a great deal for a commoner like me. While I was confident, I never thought I would reach this far and give celebrities tough competition."

"Getting a chance to share screen space alongside Salman Khan was like a dream come true and I am going to cherish it for a lifetime," said Navin.

He shared a great bond with his co-contestants Manu Punjabi, Manveer Gurjar and Mona Lisa. They proved to be his biggest supporters.

Navin went to any extent to win tasks. For instance, during the Bigg Boss Laundry task, he changed the game at the last minute by pouring water on the celebrity's consignment box leading to his team's victory.

But he failed to get the audience's support that led to his exit from the show, which is hosted by Salman Khan.

He has lots of memories to take back home.

"I am glad that I found friends for life in Manveer, Manu and Mona. I am hopeful that the audience will remember me as a fighter and would like to thank each and every one of them for supporting me in this journey," said Navin.

The reality show, an Indian version of international series Celebrity Big Brother, features celebrities locked inside a house for three months under constant camera surveillance, without any gadgets or luxury. This time, the spotlight is on the common man as well.

Promoted
Listen to the latest songs, only on JioSaavn.com
Celebrities like Bani J, Lopamudra Raut, Gaurav Chopra, Rohan Mehra and Rahul Dev are still fighting for the show's top prize.