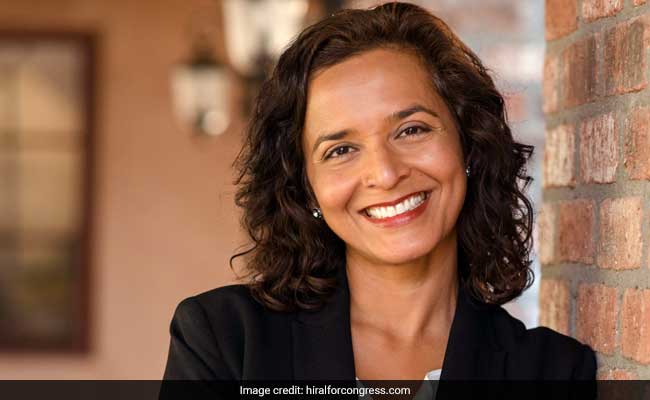 Two Indian-American candidates have increased their winning chances in the November 6 mid-term elections as the Democratic committee has added them to the 'Red to Blue' programme which is for the most viable and high-impact campaigns.

On November 6, Americans will vote for members of both chambers of Congress -- the US House of Representatives and the Senate, as well as for governors in 36 out of the 50 states.

All 435 seats in the House are up for election while 35 out of the 100 seats are being contested in the Senate. Republicans currently control the House and the Senate.

'Red to Blue' designation by the Democratic Congressional Campaign Committee (DCCC)'s is for the most viable and high-impact campaigns.

Earlier this year, the party had recognised Aftab Pureval from Ohio's 1st Congressional District with its 'Red to Blue' designation.

"In March, Impact Fund endorsed Hiral and Sri because we were confident they have the passion, tenacity and drive it takes to run, win and lead," said Deepak Raj, co-founder of Impact and chair of the Impact Fund.

"We're thrilled that the DCCC agrees with our analysis and grateful for their strong support for our candidates," he said.

Ms Tipirneni and Mr Kulkarni are both highly qualified and passionate candidates who will bring fresh energy and ideas to Congress, said Raj Goyle, co-founder of Impact and a former member of the Kansas House of Representatives.

"With just 20 days to go, it's critical that Indian American voters, volunteers and donors do their part to get them across the finish line," Mr Goyle added.