In a separate statement, representatives of Indian-American organisations in New England on Sunday strongly condemn the recent act of anti-Asian violence in Plano, Texas. 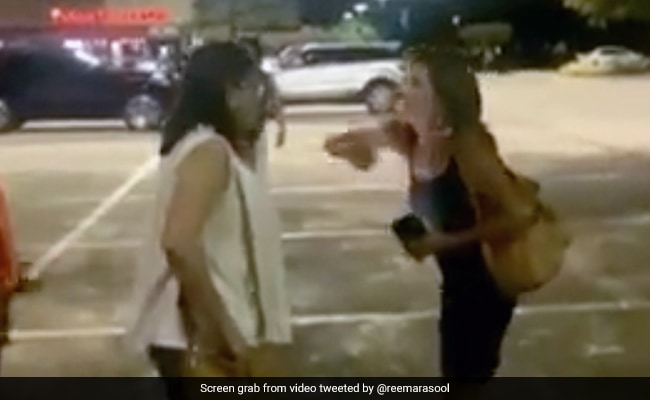 Esmeralda Upton in Texas was arrested for the racially-motivated assault of four women last Wednesday.

"Such bigoted attacks motivated by racism, xenophobia, and other forms of hate victimise not only those directly targeted by them, but also broader communities through creating an atmosphere of fear and danger," Mr Krishnamoorthi said.

Esmeralda Upton from Plano in Texas was arrested for the racially-motivated physical and verbal assault of the four women at a parking lot last Wednesday.

Upton identifies herself in the video as a Mexican-American.

"I hate you Indian. All these Indians come to America because they want a better life," she is seen saying in the video.

The video shows her telling the group of women to "go back to India".

"You… people are ruining this country," she says in the video which has now gone viral, sending shockwaves among the Indian-American community across the United States.

"I'm appalled by the footage of the hate-motivated harassment and assault on four women of Indian descent and urge police to prosecute the woman responsible to the full extent of the law," the Indian-American Congressman said in a statement. "As our country continues to combat the surge in anti-Asian hate since the beginning of the pandemic, I urge all Americans to come together and prove that our country and our people are better than this," he said.

In a separate statement, representatives of Indian-American organisations in New England on Sunday strongly condemn the recent act of anti-Asian violence in Plano, Texas.

"We are very disturbed by this and recently increased acts of violence and hate crimes against Indians, South Asians, and Asian Americans in general. We do commend the Plano Police department for responding to the incident with urgency and understanding," they said.

Asian-Americans, like all other immigrants, have made significant contributions to this great land despite facing ongoing prejudice based on accents, colour, religion, or perceptions of leadership or other abilities, they said.

"We unequivocally and unapologetically condemn the divisive forces of hate, inequity, and injustice. We stand united in love and peace and stand against racist, discriminatory, violent acts against any community," they said. PTI LKJ TIR TIR