Prohibition On Liquor, Better Roads Are Priority In Mizoram: Zoranthanga 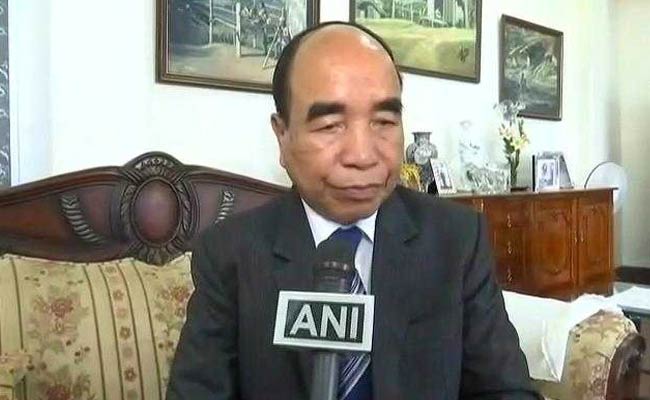 After leading the Mizo National Front (MNF) to power in Mizoram, chief minister-designate Zoramthanga today said he would impose total prohibition in the state as promised by his party.

Total prohibition was imposed in this highly-literate and Christian-majority state since February 20, 1997 by the then Congress government. However, it was lifted in early 2015 by enforcing the Mizoram Liquor Prohibition and Control Act, 2014. Following this, wine shops were opened in the state from March 16, 2015.

Speaking to reporters after his party won a landslide victory in the election to the 40-member state legislature by bagging 26 seats, Zoramthanga said his government would also ensure better roads and implement the Socio-Economic Development Programme (SEDP) the flagship programme of the party, to lift the state's economy.

In the run up to the polls, liquor was a major political issue. While the Congress was against total prohibition, the MNF wanted a complete ban.

The BJP had taken a middle path by proposing to ban the liquor coming from outside the state and encourage only locally produced ones.