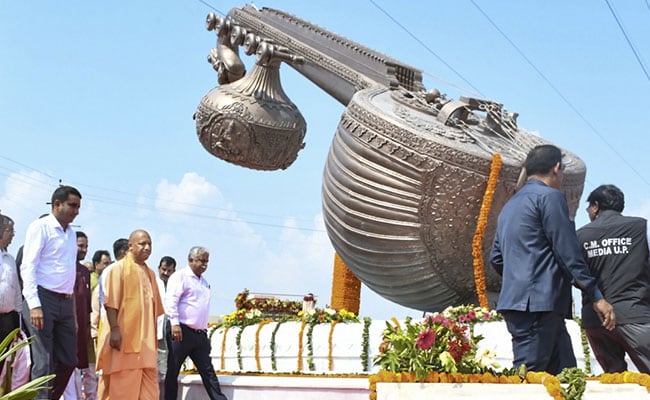 A 40-ft-long and 12-metre-high veena weighing 14 tonnes has been installed at the intersection.

The intersection at the banks of the Saryu river has been developed at an estimated cost of Rs 7.9 crore, according to officials.

A 40-ft-long and 12-metre-high veena weighing 14 tonnes has been installed at the intersection, they said.

Paying tributes to the iconic singer, Prime Minister Narendra Modi in a tweet said, "Remembering Lata Didi on her birth anniversary. There is so much that I recall... the innumerable interactions in which she would shower so much affection. I am glad that today, a Chowk in Ayodhya will be named after her. It is a fitting tribute to one of the greatest Indian icons."

The intersection will be a great attraction for tourists and music lovers. It is the first place in the country where such a giant musical instrument has been installed, officials said.

Satyendra Singh, secretary of the Ayodhya Development Authority, which is managing the project, told PTI that Rs 7.9 crore has been spent on developing the intersection which is one of the greatest projects of Ayodhya.

He said the giant veena has been made by Padma Shri awardee Ram Sutar, who took two months to make it.

"The beautifully designed veena has a picture of Saraswati, the goddess of music, engraved on it," he added.