The foam in the Yamuna River is at Okhla Barrage area, which comes under the UP irrigation government, and is the Uttar Pradesh government's responsibility, Aam Aadmi Party MLA Raghav Chadha said. 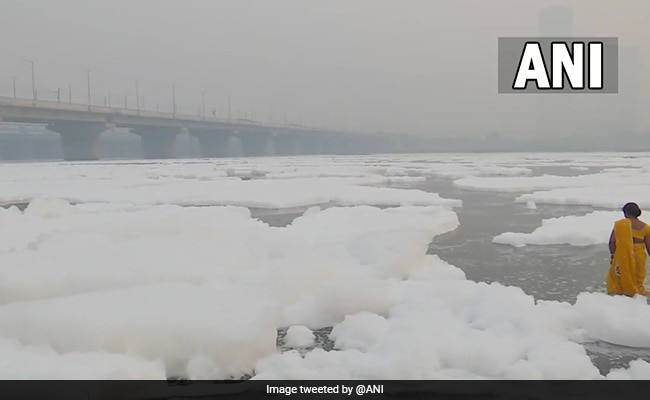 The Yamuna river in Delhi has been witnessing a thick layer of toxic foam. (File)

Aam Aadmi Party (AAP) MLA and Delhi Jal Board Vice Chairman Raghav Chadha today said that the toxic foam found floating on the Yamuna river was a "gift" to Delhi from the governments in Uttar Pradesh and Haryana.

The AAP leader said that the BJP government in Uttar Pradesh and Haryana should be blamed for the toxic foam in the Yamuna river.

"The foam in the Yamuna is at Okhla Barrage area, which comes under Uttar Pradesh irrigation government, it's Uttar Pradesh government's responsibility. But like every year, they failed this year too. The polluted water is not Delhi's, it's a 'gift' to Delhi by Uttar Pradesh and Haryana government," said Mr Chadha.

He said the AAP government had been writing to its counterpart in UP to use irrigation technology and bioculture method.

Days after Delhi's air quality deteriorated post-Diwali, the Yamuna river in the national capital has been witnessing a thick layer of toxic foam.

The capital's water supply has also remained affected since Saturday evening due to a rise in ammonia levels in the Yamuna.