Would Like To See Rahul Gandhi As Prime Minister: Sudheendra Kulkarni

Speaking at a panel discussion in Mumbai, Sudheendra Kulkarni praised Rahul Gandhi, saying he is a "leader with good heart". 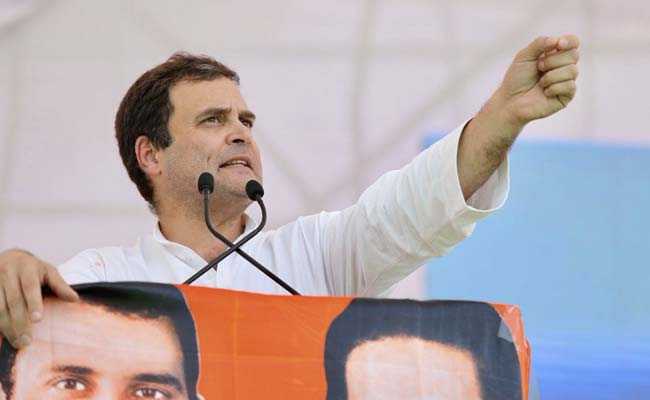 Sudheendra Kulkarni praised Rahul Gandhi for being an "idealist"

Mumbai: BJP veteran L K Advani's former aide Sudheendra Kulkarni on Monday said India needs a leader who can solve "big problems" such as the Kashmir issue and therefore he would like to see Congress chief Rahul Gandhi as the future prime minister.

Listing disputes with Pakistan and China, he said Prime Minister Narendra Modi has "failed" to solve the big problems.

Speaking at a panel discussion in Mumbai, Sudheendra Kulkarni praised Rahul Gandhi, saying he is a "leader with good heart".

He said dialogue is the only solution to solve the long-standing dispute with Pakistan, and normalising ties with the neighbouring country is key to India becoming a great nation.

"We must state what is required for solving the problem with Pakistan. And which is why I made a suggestion that I would like to see Rahul Gandhi as future prime minister," he said at the event organised by All India Professionals' Congress.

The event was attended by senior Congress leader Salman Khurshid, whose book 'Spectrum Politics' was launched there.

Mr Kulkarni added: "(Rahul Gandhi) is young and he is idealist. He is a man with compassion. No political leader in recent times had spoken the language of love, affection and compassion."

Ahead of the 2019 general elections, Sudhendra Kulkarni said Rahul Gandhi should visit neighbouring countries such as Pakistan, China and Bangladesh and emerge with ideas to solve the "big problems".

Promoted
Listen to the latest songs, only on JioSaavn.com
"Like Rajiv Gandhi did when he was in the opposition... He went to Afghanistan. Similarly, Rahul ji should go to Pakistan, China, Bangladesh and emerge as a leader with new ideas on how to solve big problems that Modi ji has failed to solve," Mr Kulkarni said.

He described himself as a "well-wisher" of the Congress and pitched for a dialogue between the party and the RSS notwithstanding their differences.