Women Grow Up with Fear, Need to Take The First Step: Priya Dutt At Women Of Worth Conclave Congress leader Priya Dutt said women grow up with a conditioning that saps them of confidence.

Woman should exude confidence, stand up more for themselves and take the first step: These were some of the means suggested to counter inequalities at workplace for the modern woman on International Women's Day by a panel of eminent women and men at the NDTV-L'Oreal's Women of Worth Conclave.

In the session moderated by NDTV Chief Executive Vikram Chandra, Congress leader Priya Dutt said women grow up with a conditioning that saps them of confidence. 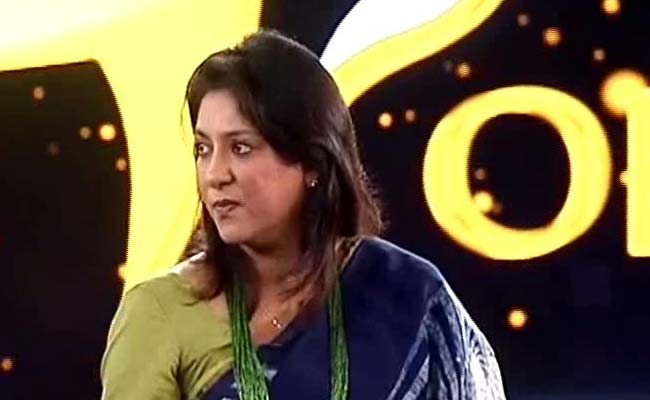 "Women put their hand up for a role when they are 90% ready. Men raise their hand when they are 50% ready," she said. Women also need to push their cause the way men do, she said. "Men will follow you into the loo if they could. Women, who can, don't. Men push you much harder."

One of the solutions could be having women increase the dialogue between them, suggested Manashi Guha, vice president of Marketing at L'or&#233;al India. While boys' clubs are much in vogue, women, she said need something similar.

Anjum Chopra, former captain of Indian Cricket team, said it was all about "getting results". The world of sports, she said, has been synonymous with men's sports. "The moment you say a sport, they say, 'Oh women still play sport?'"

History shows women had enjoyed exalted positions, pointed out Harshavardhan Neotia, President FICCI & Chairman of the Ambuja Neotia Group, who was also the keynote speaker of the meet.

"There are very clear of ups and down of women stature that has gone through."

Autthor and columnish Suhel Seth said it was time gender neutrality was espoused. Asking why women's issues are discussed only on March 8, he said, "We cannot have gender quota we must have gender respect."