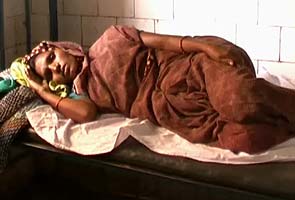 Ranchi: A pregnant woman in Jharkhand suffered a miscarriage after she was allegedly beaten up by a legislator, police said on Friday.

Jharkhand Vikas Morcha-Prajatantrik (JVM-P) legislator Chandrika Mahta has been missing since the incident in Khajatola village of Giridih district, around 240 km from Ranchi.

According to police officials, the legislator thrashed Tara Devi, who was three months pregnant, at her home over a land dispute. He had gone to Tara Devi's house looking for her husband. When he found she was not at home, he started beating her up.

Tara Devi, who suffered a miscarriage after the incident, has lodged a police complaint against Mahta.

Promoted
Listen to the latest songs, only on JioSaavn.com
"Suitable action will be taken based on the investigation," a police officer told IANS.