The bandh call was given after 89 students and six teachers of the Manipur University were arrested on September 21 following an agitation on the institute's campus the day before. 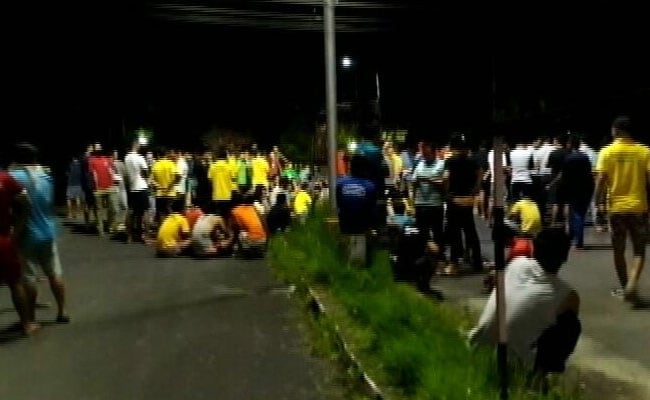 Manipur Chief Minister N Biren Singh has appealed to several student organisations to withdraw their call for a 48-hourstate-wide bandh beginning from Wednesday midnight, demanding release of the arrested teachers and students of the Manipur University. The chief minister assured that any issue could be resolved through dialogue.

The bandh call was given after 89 students and six teachers of the Manipur University were arrested on September 21 following an agitation on the institute's campus the day before.

A team of officers raided the university hostel and the residential quarters at around 1 am and took the students and the teachers into custody based on a complaint filed by newly appointed Acting Vice Chancellor K Yugindro Singh.

On Monday also, the chief minister had appealed to the students, teachers and employees of the university to work together to bring a solution rather than prolonging the impasse.

Since the university falls under the jurisdiction of the Union HRD Ministry, the state authorities cannot directly intervene but is committed to restore normalcy and peaceful academic atmosphere, he had said.
Chief Secretary J Suresh Babu also issued an order asking government officials across the state to attend their duties failing which disciplinary action would be taken up against them.

K Yugindro Singh, in his complaint, had said he was "gheraoed" by the agitators for trying to assume charges at the central university, where a prolonged battle between former vice chancellor AP Panday and the students and teachers have hampered academics for over four months.

President Ram Nath Kovind, in his capacity as Visitor of the Manipur University, recently placed Mr Panday under suspension as an inquiry into the allegations of irregularities against him was underway.

K Yugindro Singh was appointed as the acting vice-chancellor by the Ministry of Human Resources Department, soon after the suspension of Mr Panday.