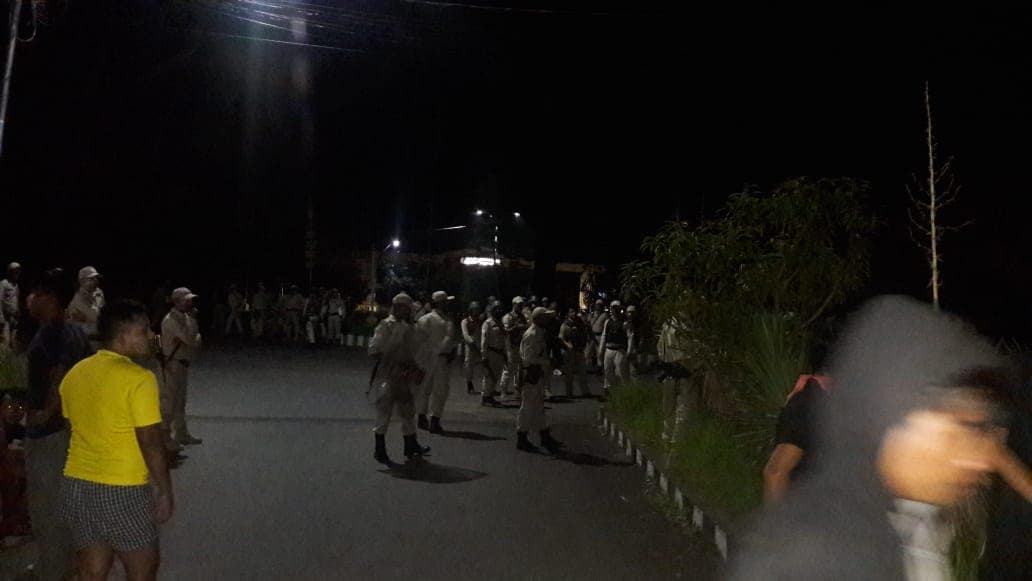 Police personnel patrol the Manipur University campus after the clashes.

Police detained 90 protesters after violence erupted on the Manipur University campus in Imphal today, indicating that the three-month-long tussle between Vice Chancellor AP Pandey and the central institution's student-teacher combine was still a long way from being resolved.

Clashes broke out between agitators and police personnel, forcing the latter to fire tear gas shells at them. While 10 students were injured, many others fled to the hostels in fear. Mobile Internet services were suspended in several parts of Imphal after the incident.

The violence occurred hours after Pro-Vice Chancellor Y Yugindro Singh tried entering the campus to take charge as the interim Vice Chancellor on Thursday. Mr Pandey, who has been suspended pending the completion of an inquiry against him, accompanied Mr Singh along with armed security personnel. Angry students refused to let them in.

Mr Singh lodged a complaint, following which police launched a midnight crackdown that ended with the detention of a few teachers and around 90 students residing in the men's hostel.

Students and teachers of the university have been demanding Mr Pandey's resignation over multiple allegations of administrative negligence and misuse of varsity funds. He was placed under suspension until the completion of an investigation against him on Tuesday. "The Manipur government is informed that the agitation against Pandey has led to administrative crises and a serious law-and-order problem in the state," the suspension order, signed by the Deputy Secretary of the state's Higher Education Department, said.

The university witnessed a total shutdown for around 85 days between May 31 and August 23, with students, teachers and staff members demanding the Vice Chancellor's removal.

In UP District, Violators To Write Mask Lagaana Hai 500 Times As Fine