The NRC was aimed at identifying illegal migrants living in India. The final list, published on August 31 under Prateek Hajela, excluded more than 19 lakh people, triggering protests from the ruling BJP 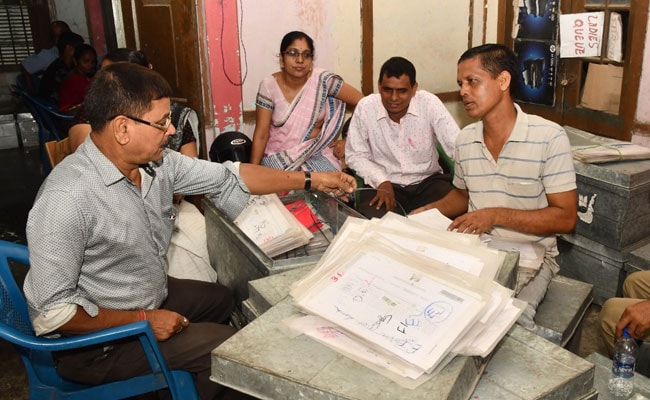 The final updated NRC list was published on August 31; it excluded over 19 lakh people

The Assam government has appointed Babulal Sharma, Secretary of Home and Political Department, as temporary coordinator of the NRC, which has been without an in-charge for weeks now. Mr Sharma will take care of the process until Hitesh Dev Sarma, whom the government had appointed as coordinator earlier this month, returns from leave. Mr Sarma replaced Prateek Hajela, who oversaw the exercise before the Supreme Court ordered his transfer in a move that surprised many, including the top government lawyer. A bench headed by then Chief Justice of India Ranjan Gogoi shifted him to Madhya Pradesh - the Assam government was asked to issue the transfer order immediately - but declined to provide a reason for the transfer.

On Friday a prominent NGO demanded a CBI probe into alleged "illegalities and financial irregularities" in the NRC carried out under Mr Hajela.

Mr Sarma, who had earlier worked in the NRC directorate, has been involved in the initial working of the NRC, which started in 2013. When he returns from leave he will now handle the process of sending letters to those left out of the final NRC list, informing them of the reason for their non-inclusion and moving their cases to foreigners' tribunals.

The National Register of Citizens (NRC) was aimed at identifying illegal migrants living in India. The final list, published on August 31 under Mr Hajela, excluded more than 19 lakh people, triggering protests from the ruling BJP.

Sources said the BJP may have been worried over the exclusion of a large number of Hindus. It is estimated that a majority of Assam's 18 per cent Bengali Hindu vote bank supports the BJP.

In the national election this year, the BJP won nine out of 14 seats in Assam - a stellar performance due to consolidation of tribals, Assamese Hindus and Bengali Hindus.

Last month Home Minister Amit Shah told parliament that the NRC would be carried out across the country. Mr Shah claimed "no one from any religion should be worried".

In an attack on Bengal Chief Minister Mamata Banerjee, who has been an outspoken critic of the NRC, Mr Shah said: "I today want to assure Hindu, Sikh, Jain, Buddhist and Christian refugees, you will not be forced to leave India by the government".