The combination of Sukhoi-30 and BrahMos means the Indian Air Force can deliver a knock-out punch in minutes, quicker than a warship which may need to sail in the direction of a target at sea

The Brahmos missile travels at 2.8 times the speed of sound

New Delhi: With the successful test of the air launched version of India's BrahMos missile, the Indian Air Force will now have the ability to strike hostile warships and ground targets more than 400 kilometres away with precision accuracy and within minutes of being ordered to strike.

The missile fired today from a specially adapted Sukhoi-30MKI fighter jet of the Indian Air Force struck a ship which was its target in the Bay of Bengal several hundred kilometres away.

The BrahMos has been inducted into the Navy and Army from 2006 onwards, but this version is more versatile because unlike warships, which are slow-movers, a fast-moving Sukhoi-30 fighter can travel at least 1,500 km towards a target before the missile itself is fired. The missile then flies another 400 km to take out a target.

The combination of the Su-30 and BrahMos means that the Indian Air Force can deliver a knock-out punch in minutes, far quicker than a warship which may need to sail in the direction of a target out at sea. 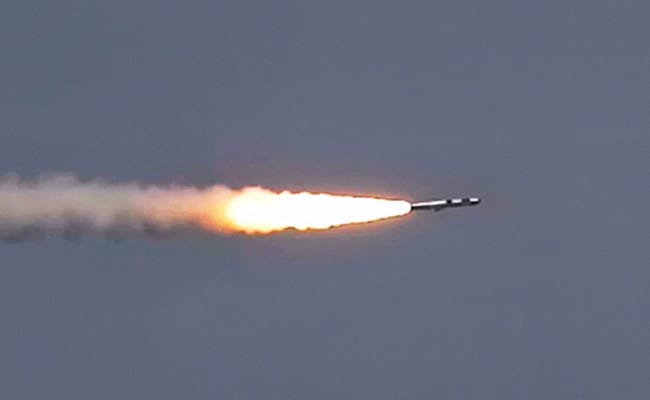 The BrahMos missile has been jointly developed with Russia and travels at 2.8 times the speed of sound, and is named for the rivers Brahmaputra and Moskva.

The BrahMos used today is 500 kilos lighter than the versions used by the Army and Navy which weigh 3 tonnes. The BrahMos can strike fixed targets like terrorist camps using pre-programmed coordinates which are entered into the system prior to the mission.

Promoted
Listen to the latest songs, only on JioSaavn.com
Alternatively, the BrahMos can be guided to a moving target such as a ship using inputs from Indian military satellites or through a data-link between the missile or friendly warships or maritime reconnaissance aircraft.

The BrahMos, which can fly at 2.8 times the speed of sound, is the fastest cruise missile of its class in the world.