"Will Take Up This Issue": BJP MP, Who Heads Parliament Panel, On Hathras

"Stringent punishment should be awarded to those who found guilty for this heinous crime," BJP MP Kirit Solanki said 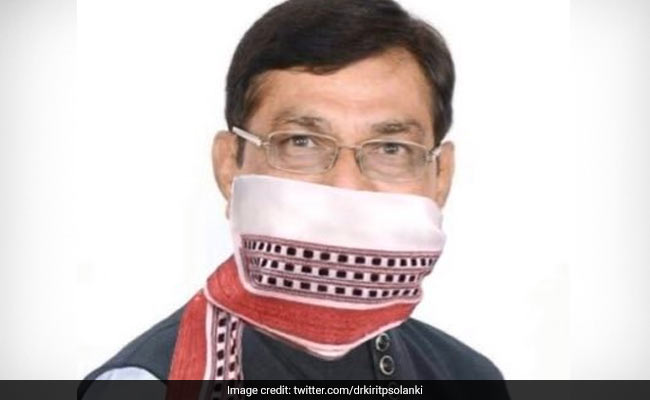 The guilty should be hanged, BJP MP Kirit Solanki said

The Uttar Pradesh Police needed to be "more sensitive and responsible" as their actions triggered anger among people following the cremation of the Hathras woman at night, head of the parliamentary panel on the welfare of Scheduled Castes and Scheduled Tribes and BJP MP Kirit Solanki said on Thursday.

Calling the Hathras case "unfortunate," Mr Solanki said he strongly condemns the incident and the guilty should be hanged if the rape charge is proven.

"Stringent punishment should be awarded to those who found guilty for this heinous crime. And if gang rape is proven, they should be hanged as per the law," Mr Solanki said.

"The panel will take serious cognisance of this incident and will discuss with the panel members how to take up this issue," said Mr Solanki.

A senior UP Police officer, however, said the forensic report has stated the 19-year-old was not raped. Mr Solanki said, "As per media reports which I have seen, what police did there, like burning her body in the night, people are very dissatisfied with this. Uttar Pradesh Police should have been more sensitive and responsible."

Mr Solanki is an MP from Ahmedabad (West) and has been elected to parliament three times. Similar sentiments were echoed by the ruling BJP's another MP Hans Raj Hans, who demanded that the Uttar Pradesh government of his party led by Yogi Adityanath should take strict action against the officials responsible for the hasty cremation of the Hathras rape victim.

Some family members of the victim had alleged that the cremation was forcefully done in the dead of night, despite their objections and their requests for taking the body home for some rituals were rejected.

In a letter to Uttar Pradesh Chief Minister Adityanath, Hans Raj Hans requested that his government should ensure that justice is provided to the victim and that no one should dare to commit such act in the future.