"Will Not Work For Nitish Kumar Even If...": Prashant Kishor

Prashant Kishor had on Tuesday claimed that he spurned a recent request by Nitish Kumar to "lead" the Janata Dal United. 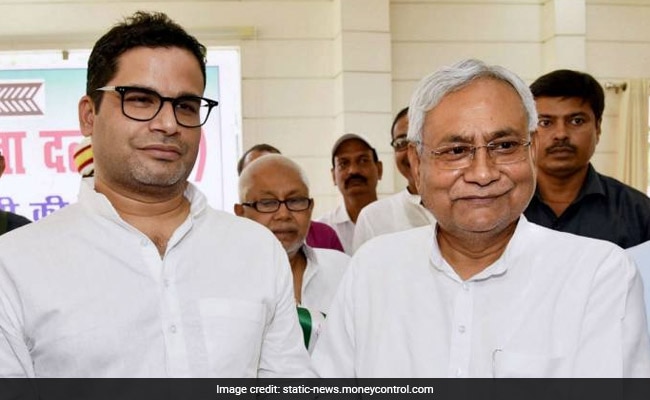 Continuing his tirade against Bihar Chief Minister Nitish Kumar, poll strategist-turned-politician Prashant Kishor on Wednesday said that he would not work for the JDU chief even if the latter "vacates the CM's chair" for him.

Mr Kishor had on Tuesday claimed that he spurned a recent request by Mr Kumar to "lead" the Janata Dal United.

Addressing a gathering at Jamunia village in West Champaran district during the day, as part on his ongoing 3,500-km-long 'Jan Suraaj' padyatra, Kishor said, "When I met Nitish Kumar a few days ago, he asked me to re-join JDU and work with him. 'You are my political heir', the CM told me asking to withdraw my campaign." "I categorically told the CM that I will not work with him even if he (Nitish Kumar) makes me his political heir or....vacates the chair of CM for me. I said no....I have made a promise to the people...it can't be changed," the 45-year-old former national vice-president of JDU added.

Mr Kishor was inducted into the JDU in 2018 by Mr Kumar. He got elevated to the national vice-president's post within a few weeks.

However, a squabble with Mr Kumar over the Citizenship (Amendment) Act and the National Register of Citizens led to his expulsion from the party less than a couple of years later.