"Will Join Hands With Shiv Sena If It Quits NDA," Says Farmers Outfit 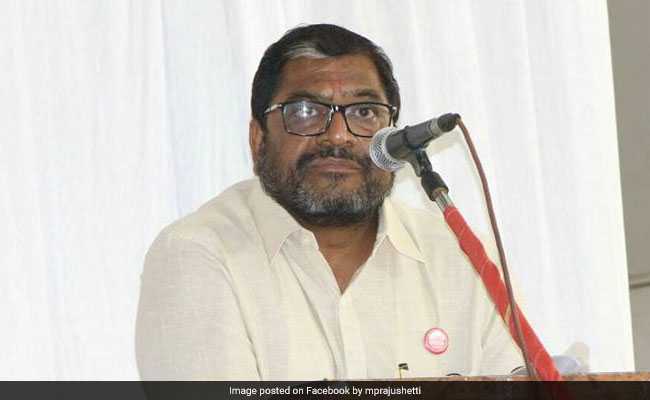 The Swabhimani Shetkari Sanghatana is headed by Raju Shetti.

Swabhimani Shetkari Sanghatana leader Raju Shetti on Wednesday said his outfit is keen on joining hands with the Shiv Sena if it quits the NDA government at the centre and the BJP-led dispensation in Maharashtra.

The Swabhimani Shetkari Sanghatana, headed by Raju Shetti, had last year pulled out of the NDA and the 'Mahayuti' (grand alliance) in Maharashtra, accusing the central government of failing to honour its promises made to farmers.

"If the Shiv Sena leaves NDA at the Centre and the state government, the farmers' consortium (referring to the Sanghatana) would certainly like to join hands with it," Mr Shetti told PTI.

Over 50 per cent of the country's population still lives in rural areas and it is largely "hurt and affected" by the BJP-led government's policies, the Lok Sabha member from Maharashtra claimed.

"I had a delusion that the BJP government could take decisions that would benefit farmers and rural India. I was disappointed and hence, opted out of the NDA," Mr Shetti said.

He said the Sena's support to his outfit would be helpful as the Uddhav Thackeray-led party has a "good presence" in rural and urban areas.

The Shiv Sena has 18 members in the Lok Sabha and 62 members in the Maharashtra Assembly. The party has often been critical of various programmes and policies of the BJP-led governments at the Centre and in the state.

In January this year, Mr Thackeray had said his party will go solo in the 2019 Lok Sabha and Maharashtra Assembly polls.

In March, Shetti had announced that his outfit would work with the Congress on issues concerning farmers.