Will Identify All Infiltrators, Deport Them: Amit Shah

Amit Shah said that the state's BJP had always been pro-soldiers, irrespective of the fact whether it was in the government or in the opposition. 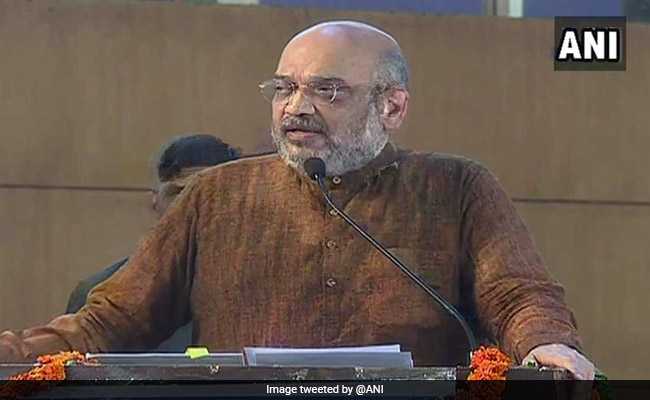 BJP President Amit Shah on Thursday said the NDA government has begun the process of sending back illegal refugees to their native countries.

"Our government will identify each and every infiltrator and ensure they are out of the voters' list. In fact, we have started the process to deport the Rohingya immigrants to Myanmar from Thursday itself," he said at an ex-soldiers convention in Sikar.

His comments come after seven Rohingya Muslims were deported to Myanmar.

Amit Shah said that the state's BJP had always been pro-soldiers, irrespective of the fact whether it was in the government or in the opposition.

"The Manmohan Singh government never gave a befitting reply to Pakistan. But now, our soldiers on the border are well aware of the fact that the reply to a bullet is a bomb," he said.

The BJP leader said that it was for the first time after independence that a Prime Minister, Narendra Modi, had set the target of making the Indian Army the world's most modern by 2022.

"He has taken up the herculean task of providing the most modern technology and weapons to the Army," Amit Shah said.

In four years, over 600 terrorists and 300 Naxalites had been killed, which proved that India was a strong nation, he contended.

On the occasion, Amit Shah honoured the widows of jawans who lost their lives in the line of duty.