Why Is Sadhvi Pragya In Jail After Charges Dropped, Asks High Court 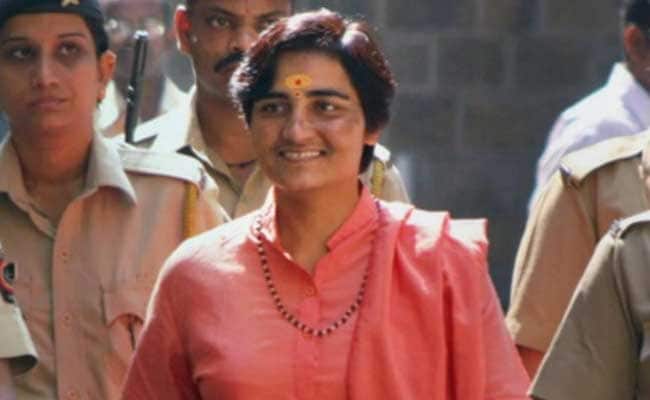 Sadhvi Pragya Singh Thakur was given a clean chit by the NIA earlier this year.

Mumbai: Hearing a bail application of sadhvi Pragya Singh Thakur, arrested in the 2008 Malegaon blast case, the Bombay High Court today asked how she could be kept in prison when the prosecuting agency had said there was no case against her.

Thakur moved the high court after the special court for Maharashtra Control of Organised Crime Act cases denied her bail on June 28.

The division bench of justices N H Patil and P D Naik asked the NIA to submit a compilation of all the previous orders and judgements pertaining to the case.

Thakur was given a clean chit by the NIA earlier this year, but the trial court refused her bail.

Her petition in the high court said the lower court had failed to take into consideration the change in circumstances.

In November 2015, the special court denied her bail, holding that prima facie there was some evidence against her.

But in May, NIA filed a fresh charge sheet (after taking over the case from Maharashtra ATS), which gave a clean chit to Thakur.

Her lawyer, advocate Jai Prakash Mishra, argued today that there was no material evidence against her. NIA's lawyer also told the high court that the agency had concluded that charges against her could not be substantiated, and the earlier charge sheet filed by ATS was erroneous.

Promoted
Listen to the latest songs, only on JioSaavn.com
"This is an odd case where the prosecution has no objections and yet the accused is denied bail and kept behind the bars," the bench observed, seeking copies of both the charge sheets and the special court's orders denying her bail. Next hearing would be on November 16.

Six persons died and 100 were injured in the bomb blast at Malegaon, a predominantly Muslim town in north Maharashtra, on September 29, 2008.