The Congress had tweeted a collage of four pictures of Rahul Gandhi at Bundestag, German Parliament. 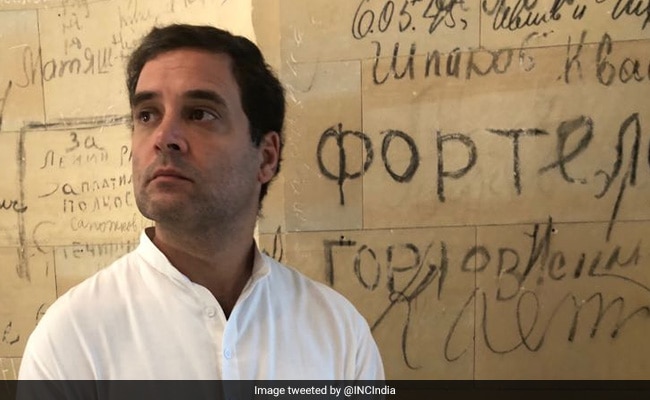 A post today by the Congress' Twitter handle showing pictures of its president Rahul Gandhi looking in different directions at German Parliament invited a variety of responses, with the ruling BJP retweeting it, saying it couldn't resist doing so.

The retweet by the Bhartiya Janata Party's handle came as the twitterati trolled the Congress over the collage. Some, though, liked it too.

The many facets of Rahul Gandhi. #Bundestagpic.twitter.com/MtoNs1TxjO

The Congress had tweeted a collage of four pictures of Mr Gandhi at Bundestag, German Parliament, under the headline "The many facets of Rahul Gandhi. #Bundestag".

Even we couldn't resist retweeting this ;) https://t.co/M0y9Uvun7M

"Even we couldn't resist retweeting this ;)," the BJP's handle wrote- tongue-in-cheek- while retweeting the post a few hours later.