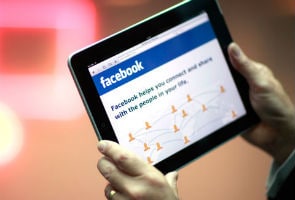 India has long faced an uneasy tension between allowing free expression to its citizens and staunching sectarian violence among its people. It was one of the first countries to ban "The Satanic Verses" by Salman Rushdie. Lawsuits forced the Indian painter Maqbool Fida Husain to live in exile during the last several years of his life. An academic book about the 17th-century warrior known as Shivaji was banned for fear of offending Shivaji's modern-day fans, until the Supreme Court lifted the prohibition.

Now comes the Internet, that bottomless well of words and pictures rife with potential to inflame sentiments.
This week, a judge in New Delhi raised eyebrows when he said, according to a widely cited report by the Press Trust of India, that "like China," India might be compelled to block certain Web sites that contained obscene or offensive material. The comments of the judge, Suresh Kait, came in response to a lawsuit, filed by a private citizen in the capital, New Delhi. The suit demands that Internet companies screen content before it is posted on sites like Facebook, Google or Yahoo, that might offend the religious sentiments of Indians. A related criminal case accuses the companies - 21 in all - of violating an Indian law that applies to books, pamphlets and other material that is deemed to "deprave or corrupt."

A trial court in New Delhi on Friday ordered that summons be served in the criminal case to officials at all 21 companies at their foreign headquarters' addresses.

Prescreening content, as the court case demands, would require a small army of editors considering the scale and speed of user-generated material posted online. On You Tube, for instance, 48 hours of video are uploaded every minute; on Facebook, over 250 million photos are posted every day. That kind of filtering would create what one technology company official likened to a "morning edition" of the Internet and an "evening edition" of the Internet - with editors screening all user-generated content that could potentially offend one section of the population.

Internet companies already employ people to review complaints of illegal and offensive content. Facebook and Google, for instance, have teams in their Silicon Valley headquarters offices to remove content that is illegal in certain countries - offending the king in country X or glorifying fascists in country Y - or that violates the company's own standards.

There are more extreme means to protect citizens from the Web. As the Indian judge alluded to in his statement in court on Thursday, China has a firewall through which all Web content passes.

Mukul Rohatgi, an attorney representing Google in India, described such a prospect this way: "The remedy can't be worse than the disease," he said.

Google and Facebook refused to comment on the case, except to say they had filed a motion in the New Delhi High Court to dismiss the criminal case.

The case follows a suggestion by a government official, Kabil Sibal, to prescreen Web content to remove offensive material . The companies refused. A few days later, another government minister, Sachin Pilot, told The New York Times India Ink blog in an interview: "There is absolutely no intent of anyone to restrict or censor anything that's available on the Internet."

Then, in mid-December, came the unusual lawsuit in a court in New Delhi by a private citizen, Vinay Rai. In a telephone interview Friday evening, Mr. Rai, 39, said he stumbled upon material that he found offensive about the Hindu goddess of learning, called Saraswati. He said he also found pictures and texts about the Prophet Muhammad. Mr. Rai said he could not describe what he saw in any detail, because it had been sealed by the court.

Mr. Rai is editor of a Hindi and Urdu language weekly tabloid in Delhi. He studied law in college in the north Indian city of Lucknow.