Jyotiraditya Scindia, who was once close to the Gandhi family, has been unhappy with senior Congress leadership for some time now. 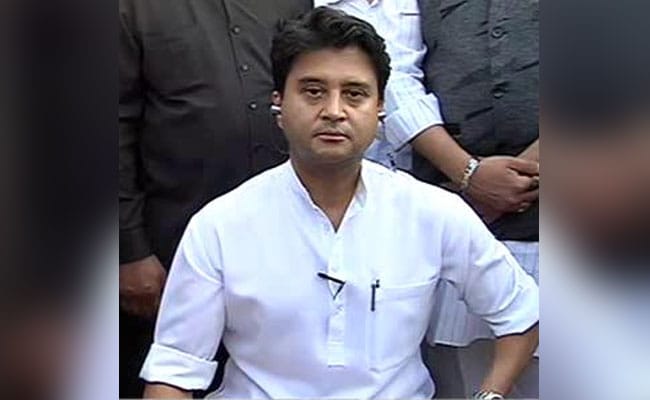 Jyotiraditya Scindia was with Congress party for 18 years.

Mr Scindia, who was once close to the Gandhi family, has been unhappy with senior Congress leadership for some time now.

In December 2018 Jyotiraditya Scindia was passed over chief ministership after he was able to show support from only 23 MLAs despite his contribution to the Congress's victory in Madhya Pradesh after 15 years.

Here is the full text of the Jyotiraditya Scindia's resignation letter:

Having been a primary member of the Congress Party for the last 18 years, it is now time for me to move on. I am tendering my resignation from the primary membership of the Indian National Congress and as  you well know, this is a path that has been drawing itself out over the last year.

While my aim and purpose remain the same as it has always been from the very beginning, to serve the people of my state and country, I believe I am unable to do this anymore with this party.

To reflect and realise the aspirations of my people and my workers I believe it is best that I now look ahead at a fresh start.

I would like to thank you and through you all my party colleagues for proving me with a platform to have served the nation.

The Congress had been unable to reach Jyotiraditya Scindia since the drama began on Monday, former Madhya Pradesh Chief Minister Digvijaya Singh said. This was after 17 MLAs loyal to Mr Scindia were flown to BJP-ruled Karnataka in a chartered flight.