Mr Ram did not even complain about pain and was unbelievably calm before the operation, despite having travelled so much in that condition. 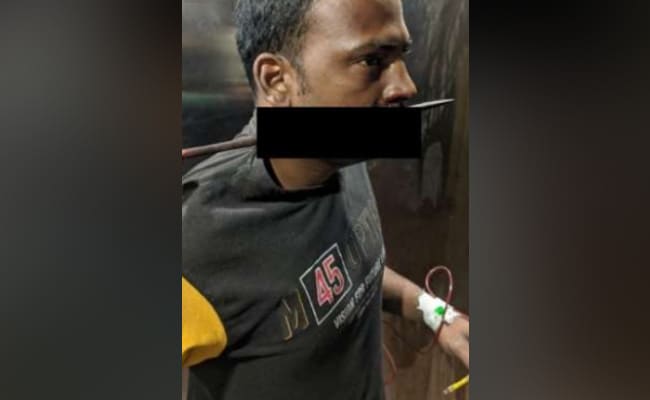 The young man arrived at the hospital in the early hours of November 28 in a bloodied state.

In a shocking incident, a man in West Bengal was rushed to hospital with a trident (Trishul) pierced through his neck. Bhaskar Ram underwent an emergency surgery at Kolkata's Nilratan Sarkar Medical College (NRS) last week. The photos of the oddly calm man have gone viral on social media. They show the trident entered the right side of his neck and went all the way through to the left. He travelled at least 65 kilometers from Kalyani to NRS Medical College in Kolkata with the trident stuck in his throat to get it removed.

According to the hospital, the young man arrived in the early hours of November 28 in a bloodied state. The medical personnel were stunned after seeing Ram.

Although doctors were skeptical about Bhaskar Ram's survival, his case has now become a medical wonder as surprisingly the trident did not damage any organs, veins or arteries. There was also no major damage internally. The doctors at the state-run Kolkata hospital carried out a complex surgical procedure to remove the trident. The operation was led by Dr. Pranabasis Bandyopadhyay, an associate professor and specialist doctor at the Department of Eye-Nose-Throat (ENT).

Ram's sister lost consciousness after seeing the trident in his neck.

According to doctors, Mr Ram did not even complain about pain and was unbelievably calm before the operation, despite having travelled so much in that condition. It is still unclear how he was injured. At present, he is recuperating well and is expected to make a full recovery, according to the doctors.

The 150-year-old trident was kept on the altar in Mr Ram's house, according to family members and they have been worshipping the historical object for generations.